Last week we were travelling north having crossed from Mull to Ardnamurchan on the Tobermory to Kilchoan Ferry when I saw the sign for Sanna Sands.  Some years ago I read Alasdair Maclean’s Night Falls on Ardnamurchan, a touching account of the life and death of a crofting community interspersed with extracts from his father’s journal; you cannot read this book and not long to go. Suddenly it was there, just a six mile unplanned detour to the westernmost point of the British mainland across the old roads which leave no scars as they rise and fall with the undulating landscape.  Sanna announces itself with a cinerama wide open space, sand dunes, distant mountains and huge clouds, as though Wilhelm Reich finally succeeded.

When I was a child in Sanna I loved best to lie on my back in the summer hayfield where I could be a secret of the grass, where I could stare at the sky watching the clouds form and re-form over Ardnamurchan – Alasdair Maclean.

On this late May day neither the landscape nor clouds were going to disappoint:

Look closely at this next picture and there is a small figure standing at the centre of the horizon, like God taking pride in the best of his work: 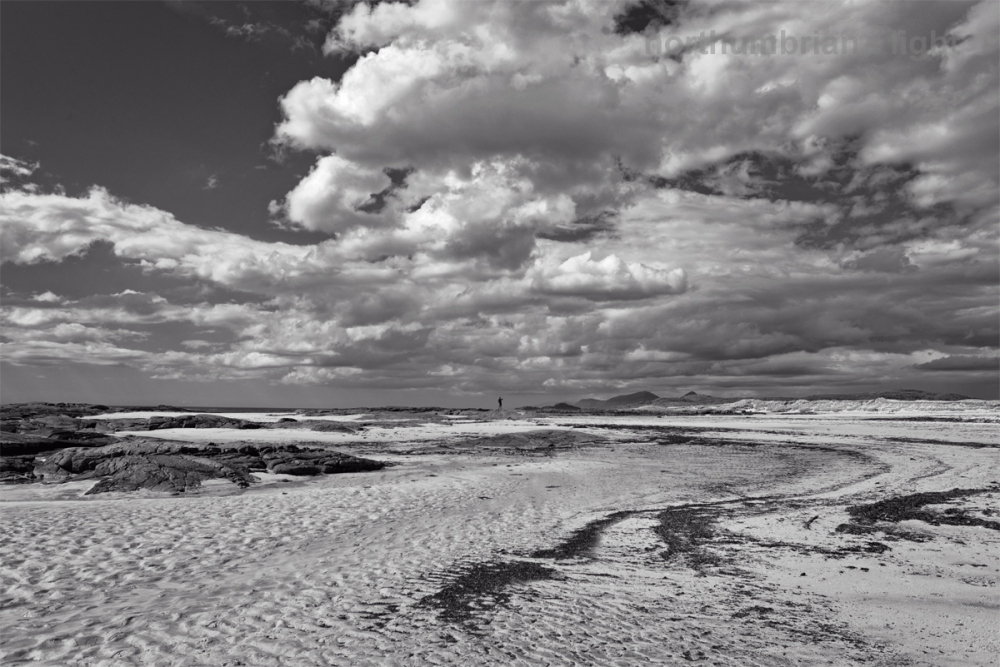 …the clouds whirl and alter still and the mountains thrust up nakedly, shedding their rags of mist on the way, and the waves break and re-break on my beloved beach.  Who will visit the hill lochans now, those remote and reed-fringed sanctuaries whose margins sometimes do not feel a human footfall from one year’s end to another?  How will they know they are beautiful if I do not tell them so? – Alasdair Maclean 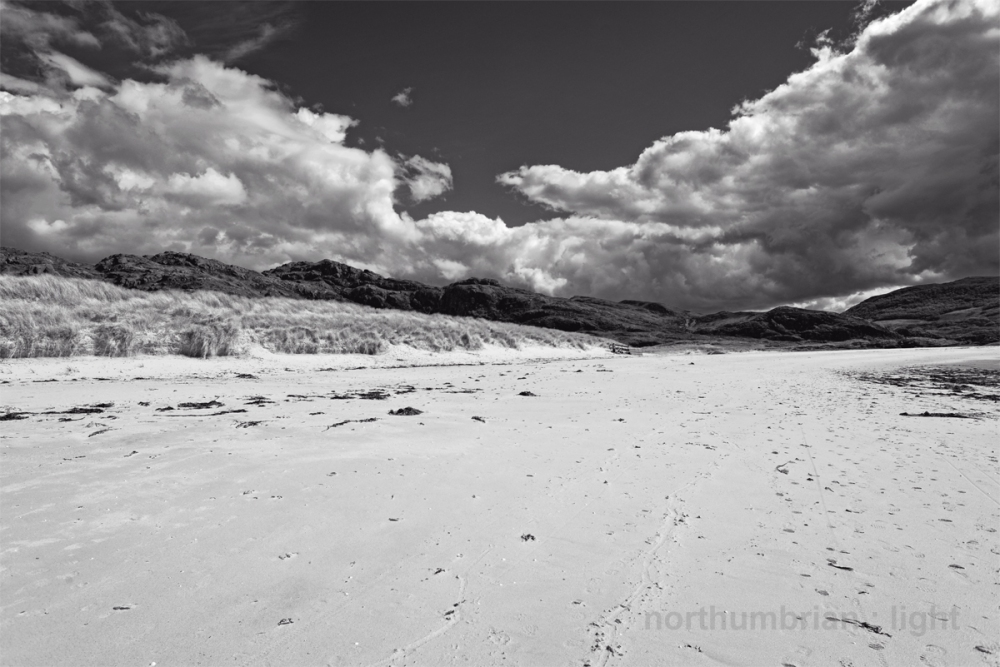 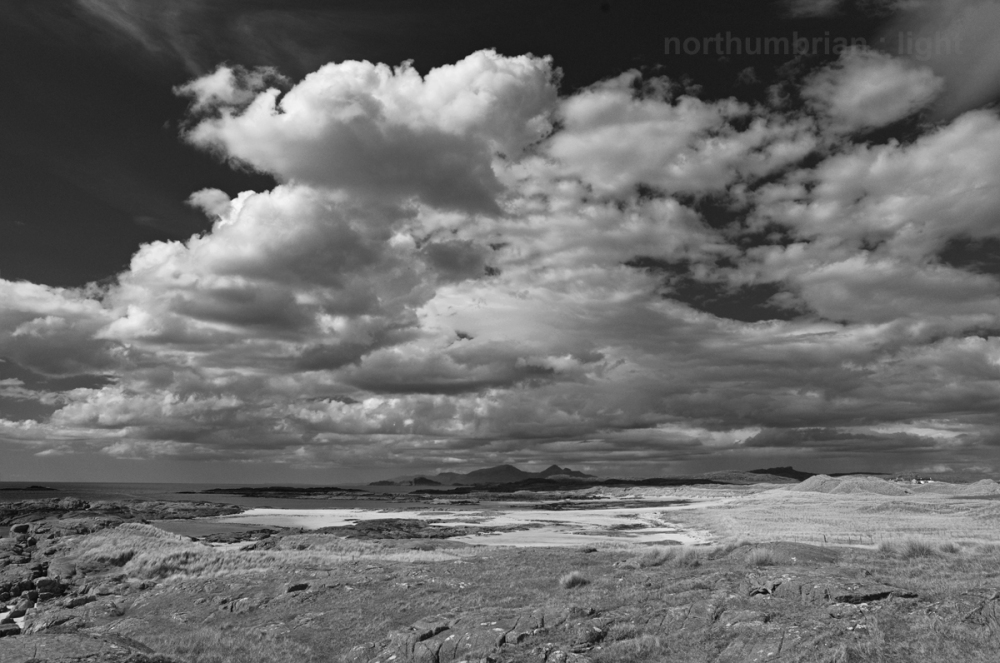 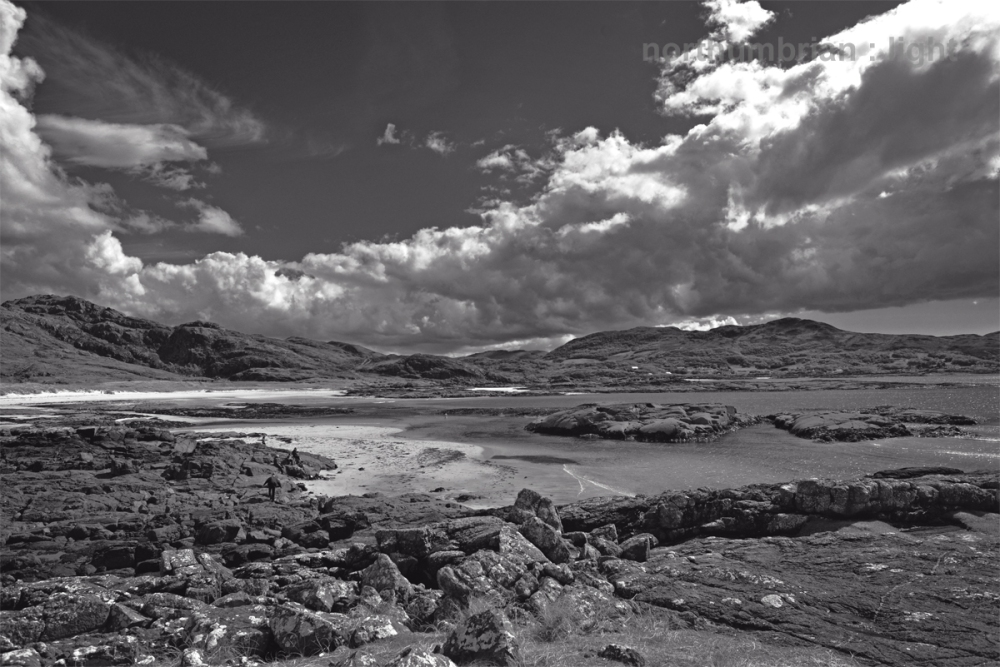