Weekly Photo Challenge: Texture.  This last week I had an overnight stay in Dumfries & Galloway after a less than impressive performance at Colvend’s Open.  An evening amble along the coast helped put things in perspective.

Kippford overlooks Urr Water not far from where it flows into the Solway Firth.  The road through the village runs out at The Ark as it becomes single track access for the string of houses that hug the shore.  A few hundred yards along this track there is a series of art works created from driftwood and found objects. Down on the beach is this weathered installation which is all about texture – you know exactly how these surfaces feel without the need for touch:

Weekly Photo Challenge: Reflections.  It had rained all day.  Thursday 20th March 2014 was miserable in Dumfries & Galloway and no more so on the coast where high winds made an afternoon on the golf course at Colvend even less inviting.  We holed up in the lodge for much of the day, reading, lazing about and watching a DVD – The Conjuring – not recommended.  Then late in the afternoon the sun sank below the clouds to the west and a wet world shone in reflected light:

The story is that the Lady Dervogilla of Galloway was so distraught at the death of her husband, John Balliol, that she had his heart embalmed and placed in an ivory casket which she carried everywhere.  There must have been practical difficulties with this extreme act of bereavement – this was 1268 when organ transportation methods were, at best, crude….anything to declare Madam?  Monty Python would have had a field day.

Nevertheless, much good was to come from this strange obsession.  The good Lady undertook many charitable acts in his memory which included the founding of the Cistercian Abbey of Dulce Cor in 1273. When she died in 1289, she was laid to rest in front of the abbey church’s high altar, clutching her husband’s heart – history does not record the state of his vital organ.

Anyone who had a heart…… 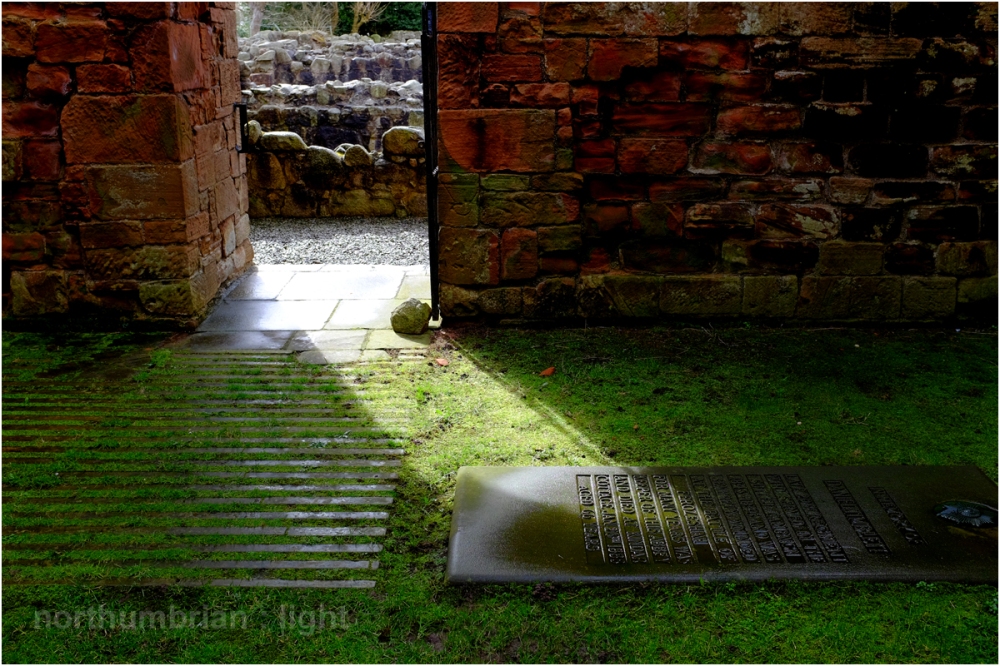 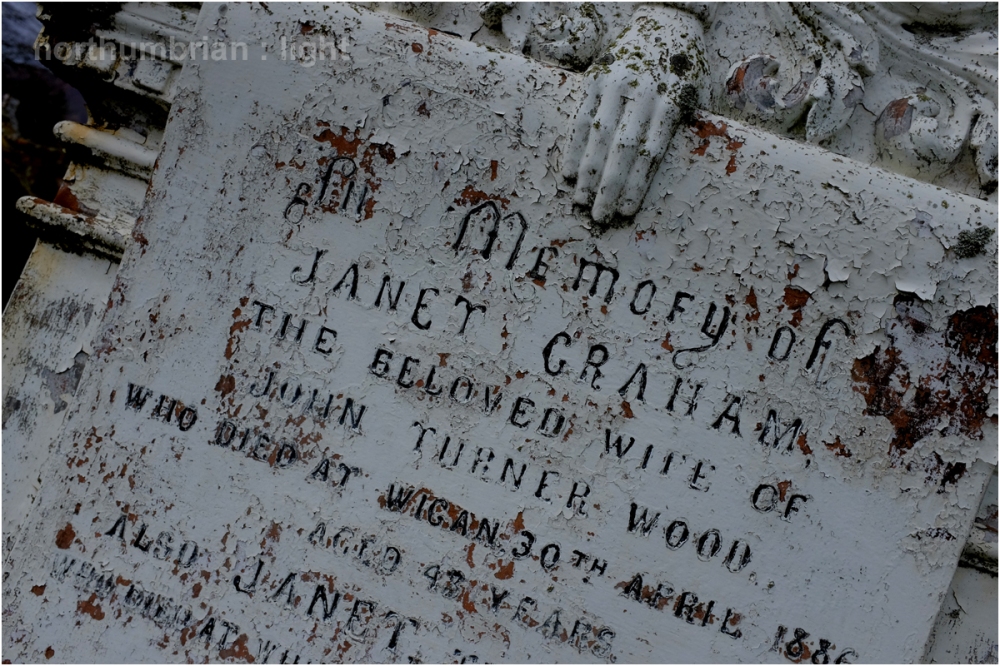 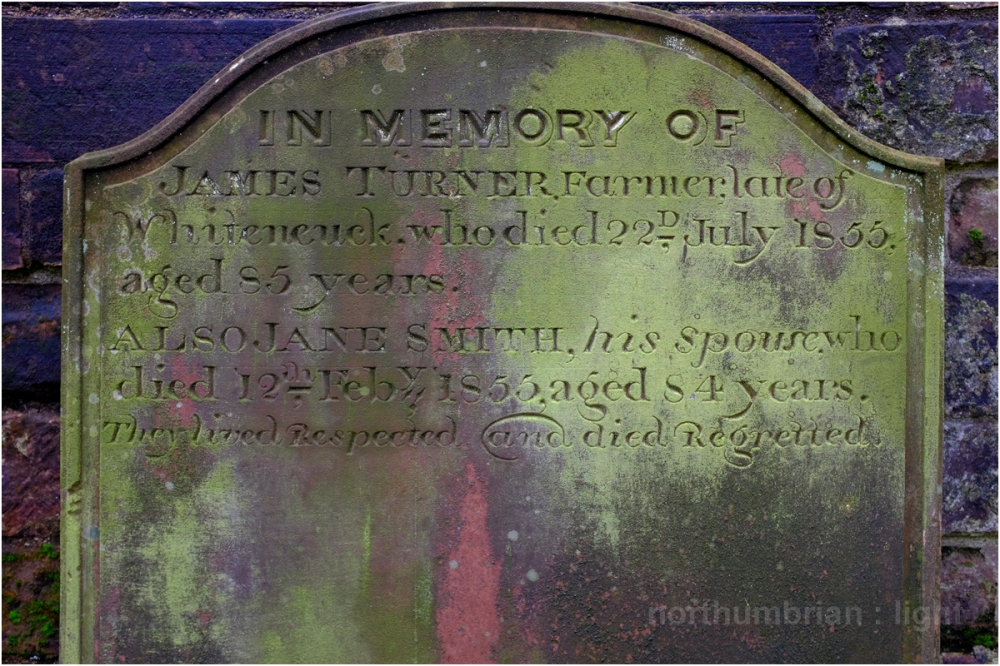 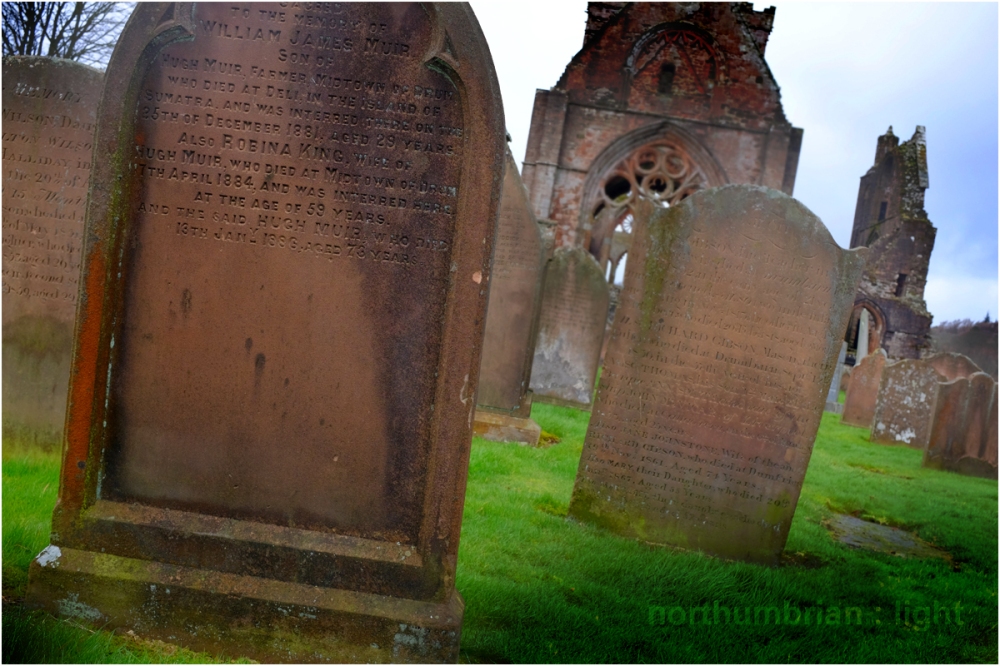 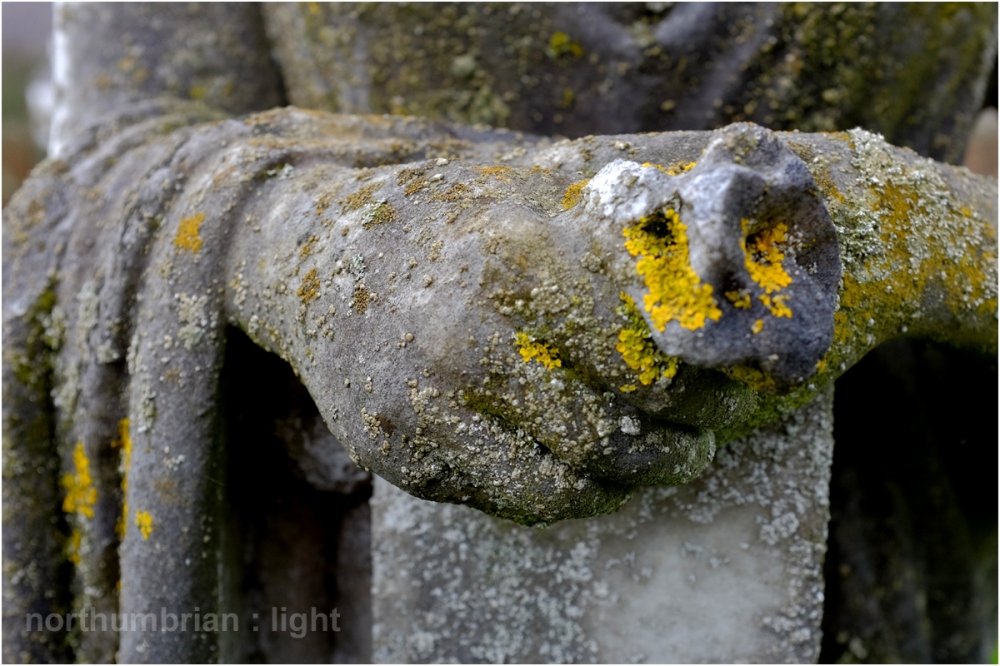 If you stare into a coal fire long enough it is possible to see other fiery worlds, huge chasms, the burning hearts of volcanoes, The Destruction of Sodom and Gomorrah (John Martin, 1852).  The same principle applies to rock pools, they are landscapes in miniature; stare long enough and there are great lakes, mountain ranges and inaccessible peaks.  As my Dad would say – “son, you are as daft as a brush“:

Incidentally, John Martin was born in Haydon Bridge near Hexham, Northumberland, there is even a John Martin Trail which does nothing to explain his apocalyptic visions – it certainly was not the local climate.  Perhaps he stared into the fire too much.

Don’t know why there’s no sun up in the sky, stormy weather:

This time last week we were staying in a wooden lodge on the fringes of Colvend Golf Course; there was even a hint of Spring in the air.  By the end of the week the climate had gone into sudden reverse such that we only escaped the snowy clutches of Dalbeattie by driving in close proximity to a snow plough; just a very lucky piece of timing.

We had hoped to follow in the footsteps of J.D. Riso and visit Threave but had arrived too soon in the season, the ferry to the Castle only starting from 1st April – we will simply have to go back.  Instead we spent most of our time walking the Secret Coast – a slogan which seems like a contradiction for a marketing campaign .  It is also unoriginal – Argyll further to the north claims exactly the same odd anonymity.  Secret or not, it is a beautiful place. This is Balcary Bay on the day when the weather was at its kindest: 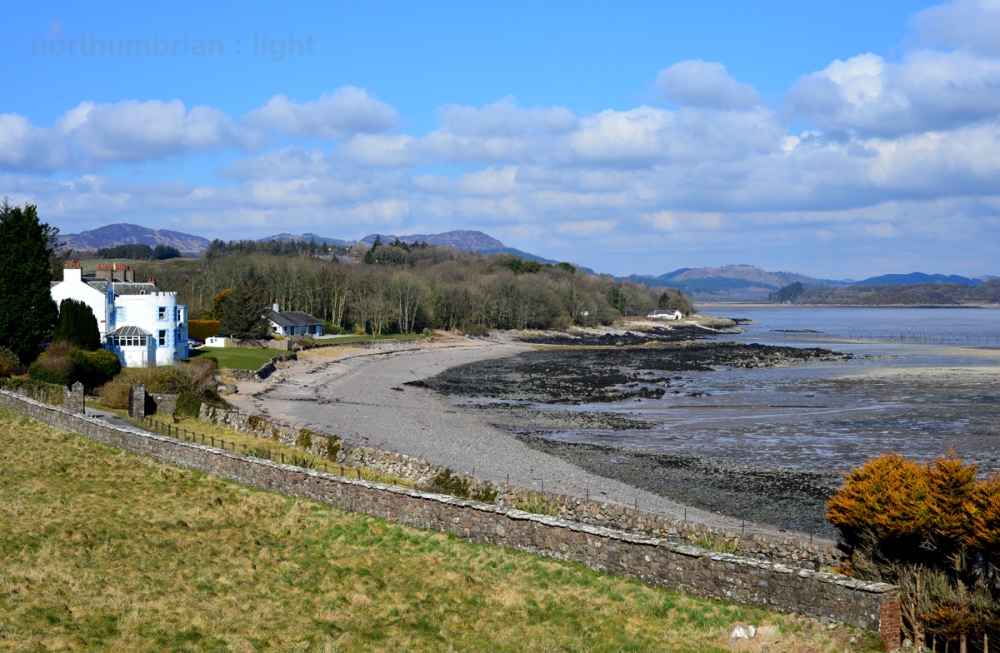 On the same afternoon we went deer stalking; well, I can dream.  Actually we came across this fine beast near the lower reaches of Loch Ken; he was penned but seemed content enough and so used to human company that he became quite inquisitive:

The next day winter returned with a vengeance – this was the lodge on the morning of our escape as the snow blew in on a bitter northeast wind, ironically from somewhere near here: