Not really Man on Wire, more Man’s Washing on Wire.  I am guessing these lines are a thing of the past but maybe not; washing lines strung from tenement windows to a series of distant poles which look as though they alone are responsible for keeping the buildings upright, bending with the strain.  The washing at the top would seem to benefit most from a drying wind but pegged too lightly and the smalls would most likely end up floating on the Tay.  These are more pictures taken along the back streets of Dundee in the 1970s; I would guess the poles and lines have disappeared along with the supported buildings. 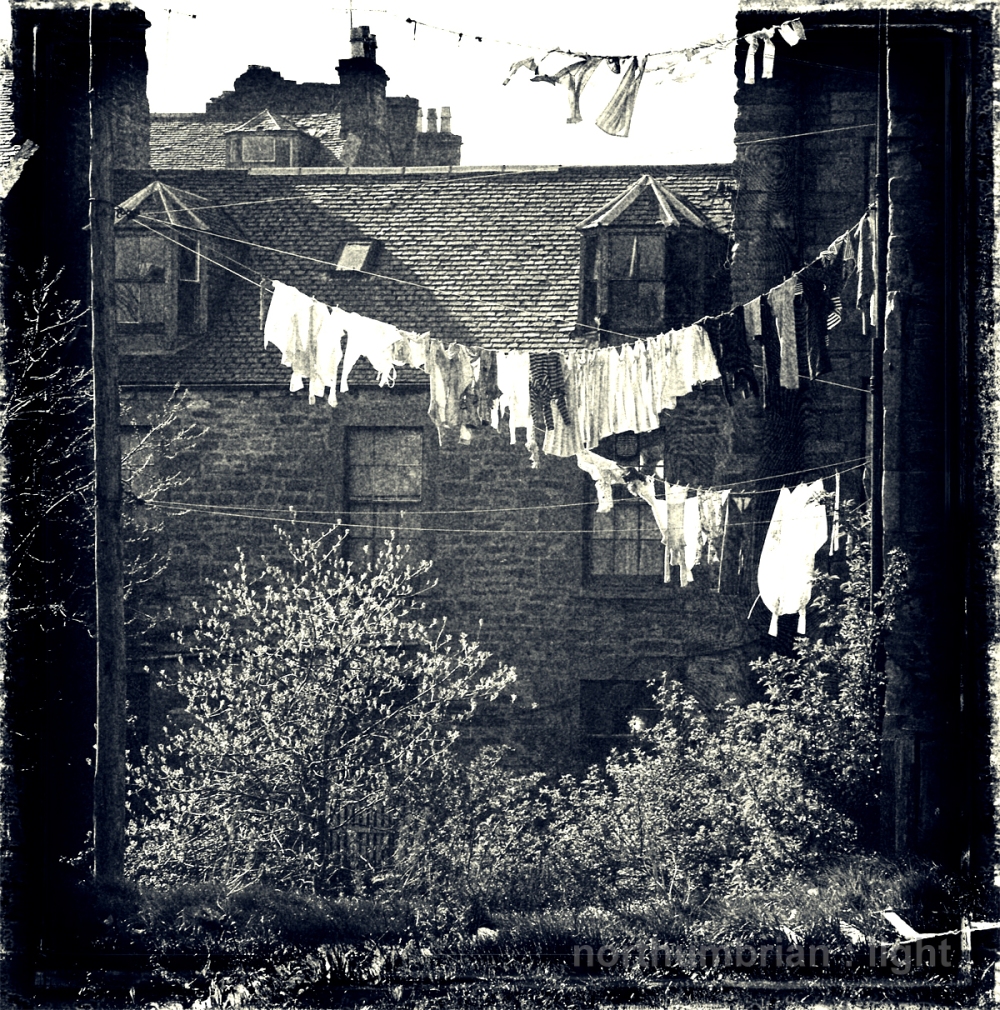 These are more photographs from a recent trip to Belsay Hall in Northumberland.  Not only were the main rooms decorated with flower displays but also the working rooms in the wings – it is these which are more interesting.  Just look at the uneven floor next to the staircase – how many down-trodden servants’ footsteps does it take to wear valleys in stone: 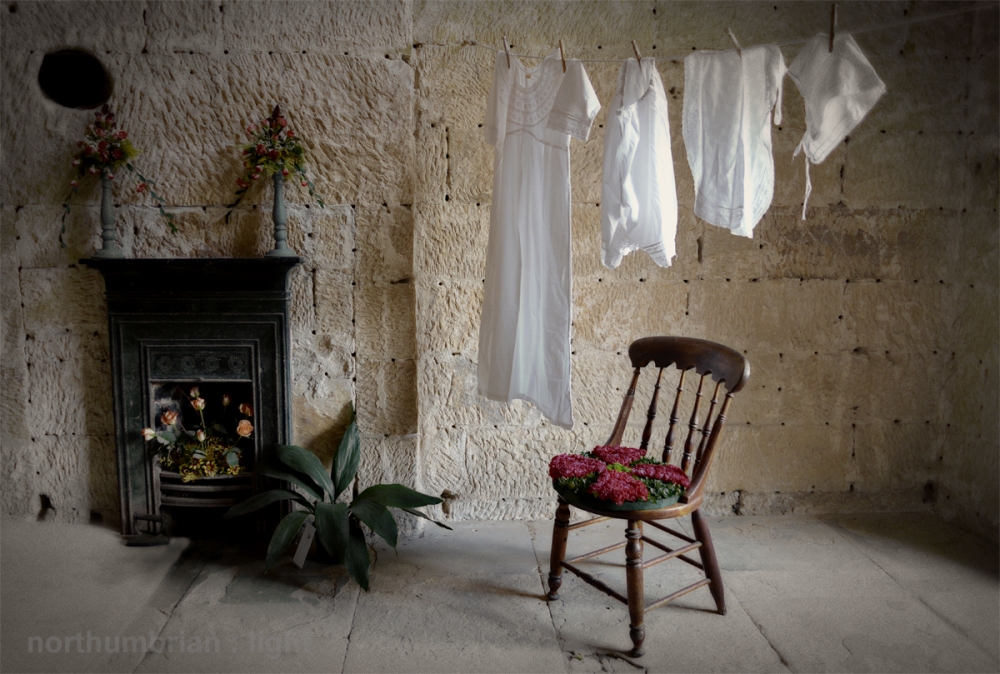