This has been prompted by the Unusual arrivals post at Applecrosslife on 10th May; among some exotic machinery which had successfully negotiated the Pass of the Cattle was a Baby Austin Seven.  Not only had it managed to climb the pass but it had travelled from Carlisle, a distance of some 350 miles – probably further, as I doubt it would be permitted to take the direct motorway route.

This is the same type of car that my paternal grandparents are standing next to in this photograph taken by my Dad outside their home in Andover.  It is from a small photograph album made up of 3 x 2 inch contact prints which he put together as a young boy – they are individually captioned in a manner consistent with a 10-12 year old; this one – Mummy Daddy and Baby: 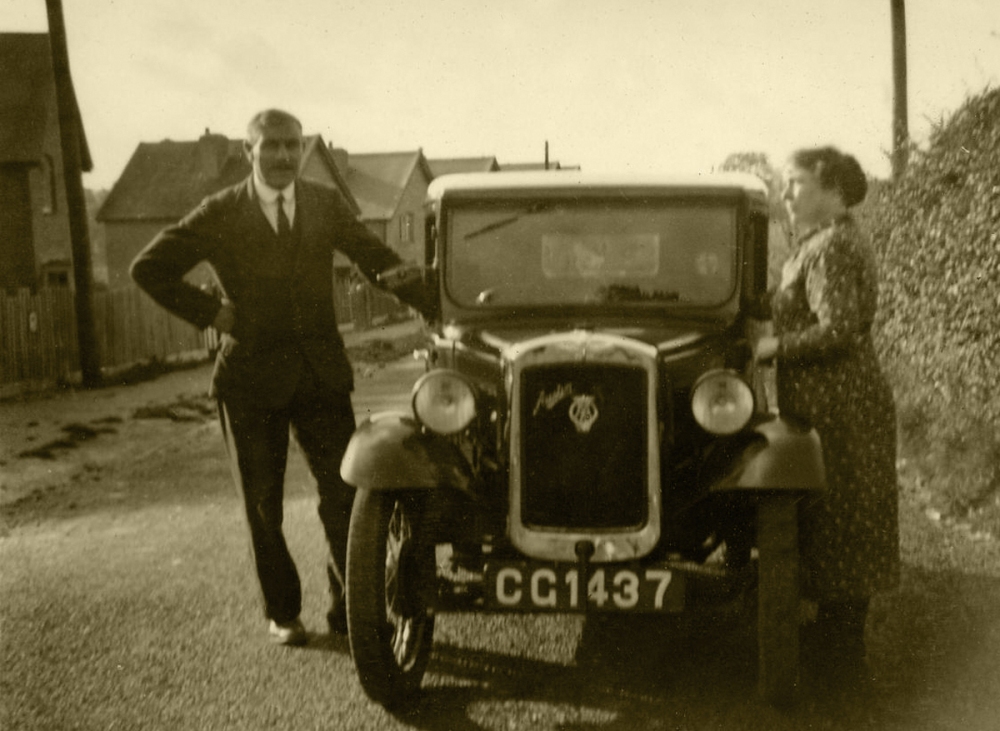 Another photo features a Ford Model A and by coincidence there was something similar among the visitors to Applecross.  This one is captioned – Certainly ‘ot but the year’s wrong: 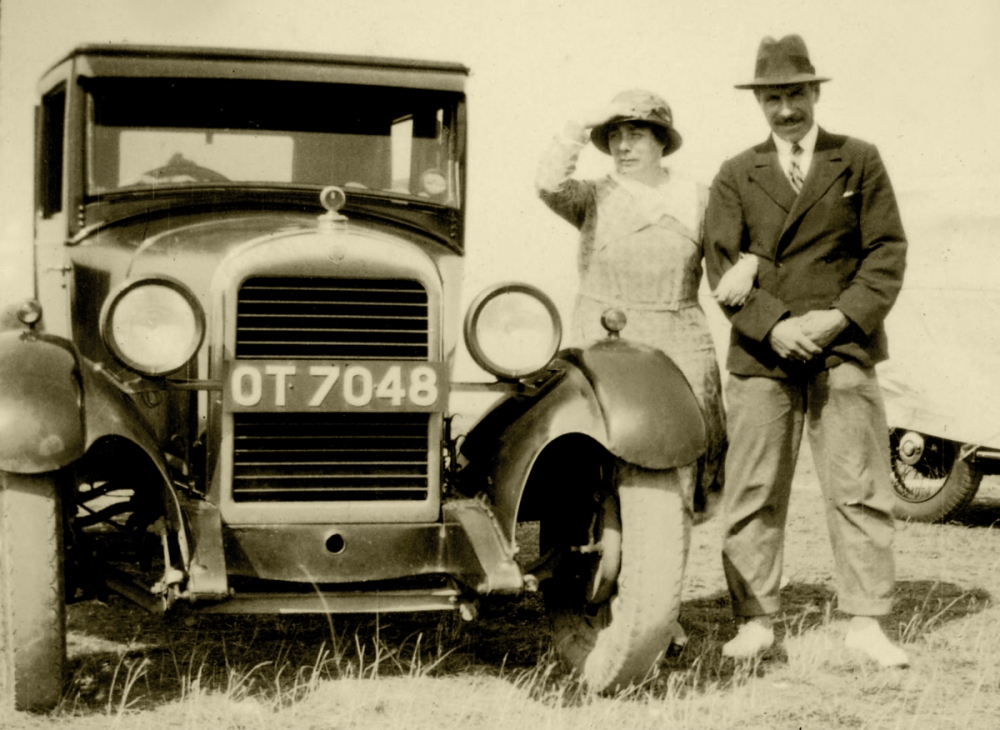 The Baby Austin Seven was produced from 1922 until 1939 and in its time was the most popular mass produced car manufactured in Britain  The brand was held in such affection that when the Mini was first produced, Austin were keen to establish a link with their heritage.  Like so many others, my first car was a second hand Mini – registered in 1963 with the registration 6428 VR, my sky blue version had a badge on the rear boot – Austin Seven.  I should have kept it, if only for the registration.