… is in the detail.  This is blatant self-promotion but I trust I will be forgiven. I have been working on another promotional poster for Golf in the Wild, trying to convey its real ‘charm’ i.e. it is about much more than golf.  The detail in the image connects with some of the topics – the Great War medals belong to my maternal grandfather whose exploits appear regularly throughout; the AA (Automobile Association) badge is the one that adorned all of the family cars that I grew up in and with, starting with this one; the ignition key with Lotus badge is from here and connects with the motor racing of the 1960s and 70s, a teenage obsession that is referenced throughout; the background images are from the Armistice Day edition of the London Illustrated News, the day my great Uncle Billy was buried; the card in the top left hand corner is from Uncle Charlie’s collection, one of the many from his lady friends; the rose is just a rose. 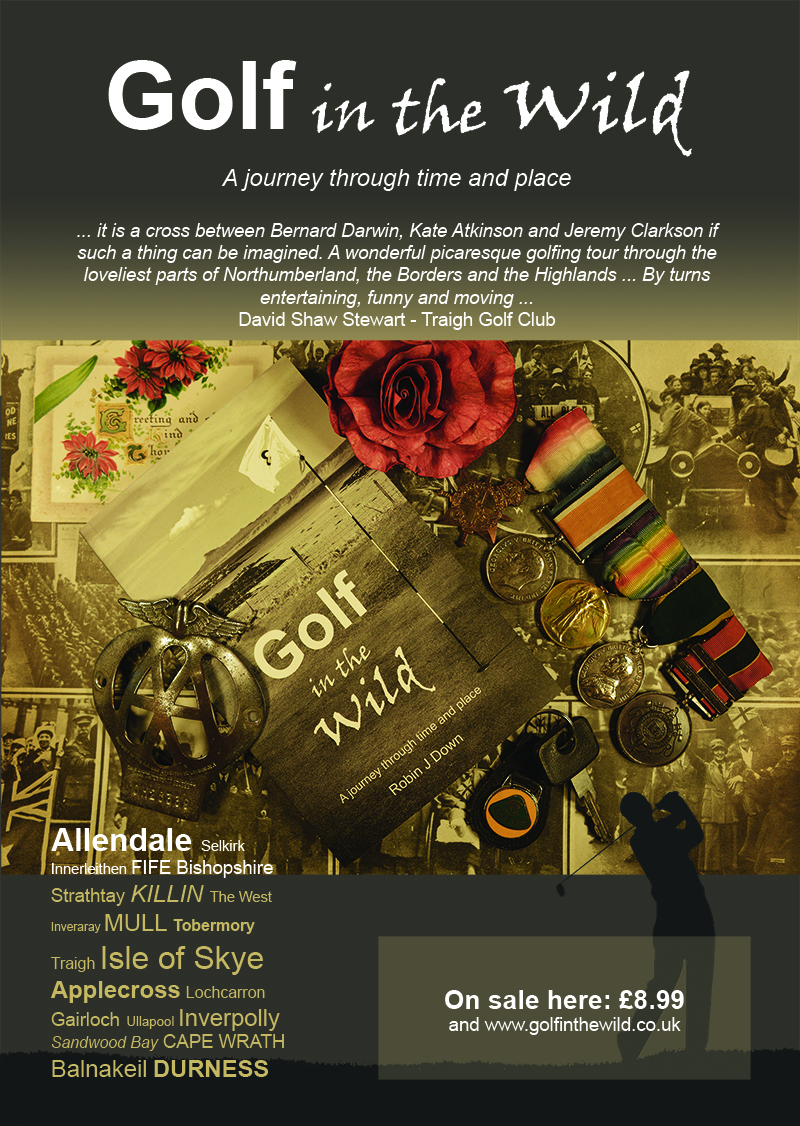 The ‘On sale here’ text box is ‘cunningly’ positioned to be replaced with an alternative text label e.g. book signing at The Gale Centre, Gairloch – 13th April 2015 🙂

I thought I would take brief respite from the Norwegian ‘expedition’.  I have been in the attic again, this time searching for my dad’s photographic album of our 1963 holiday near Bergen.

There are boxes of photographs, negatives, postcards and documents dating back two generations up there and one day I must sort it out.  In the meantime I can still do some random poking about and come up with unexpected treasures.

The exploits of my maternal grandfather, Fred, have featured in a number of posts on this blog and in this book.  He was a Chief Mechanic with the Royal Flying Corps stationed in Egypt during the Great War and at first sight I assumed this postcard was another from his collection. However, not only is he not in the photograph but the hangar and their uniforms don’t look right for Aboukir in Egypt. The penny then dropped – this is not about Fred but Billy who was stationed in the UK. I have now convinced myself that he is standing on the back row, second from the right.  This guesswork is based on his only other image which can be found on the post Great Uncle Billy where the uniform is identical. Nobody else looks vaguely like him, the hairline, ears and dark eyes seem to match and why else was the image kept. 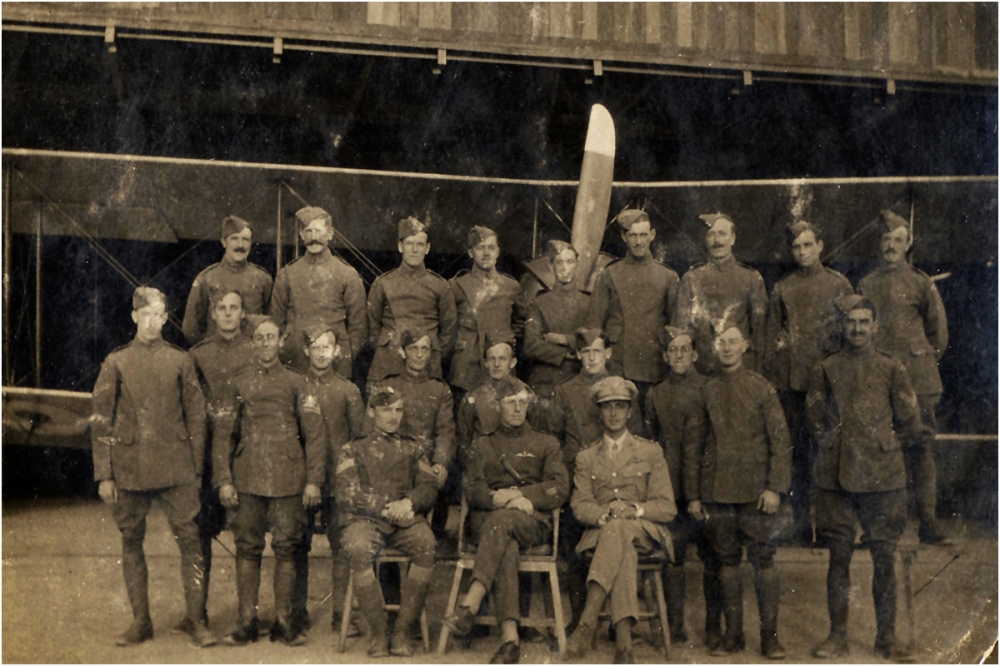 As it states in the earlier post, his funeral was marked with military honours at Andover Cemetery in the presence of his mother, father, ‘chums and superior officers’ and his fiancée, Miss Coombes.  Were some these heads bowed at his graveside on 11th November 1918.