The trip to Duns has become an annual pilgrimage.  Last year in April, to commemorate fifty years since Jim Clark’s death at Hockenheim in 1968 and, this year, for the opening of the extended and much enhanced museum. Last year in the Elise, this year, 167 miles on the F850 GS on a perfect day for riding.

The displays include a new commemorative film, his trophies, a walk-around time-line of memorabilia and two of his iconic vehicles:  the Lotus 25 R6 on loan from the Tinguely Museum Switzerland and a Lotus Cortina on loan from Dario Franchitti – perfect choices.  Clark was stunning in any Lotus but for real entertainment, there was no better sight than Jim flying the Ford at ten tenths through the apex on three wheels.

The Power of One 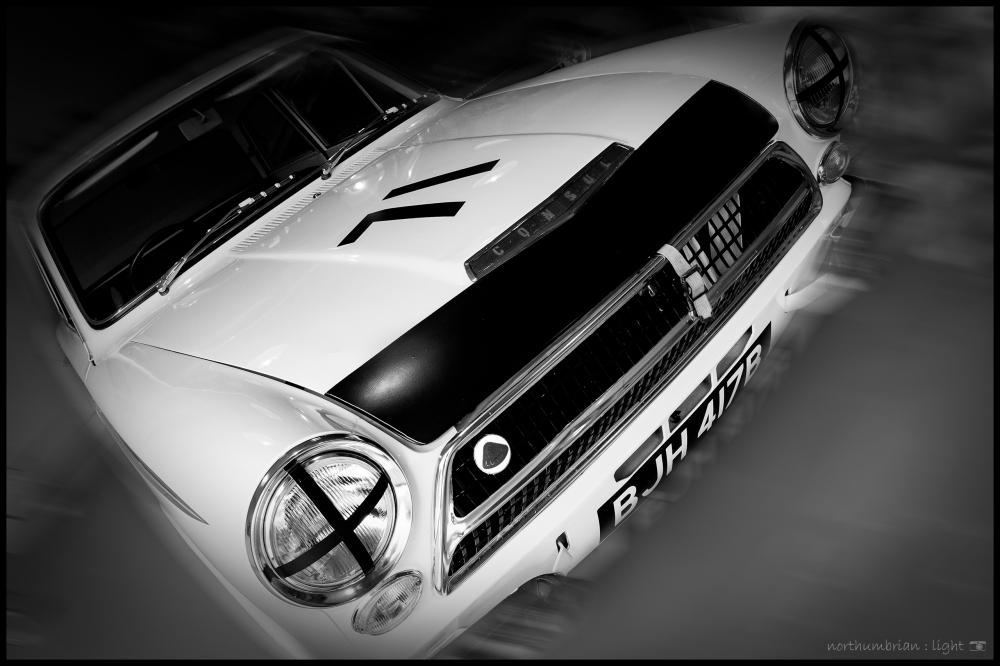 The Lotus Cortina “in flight” 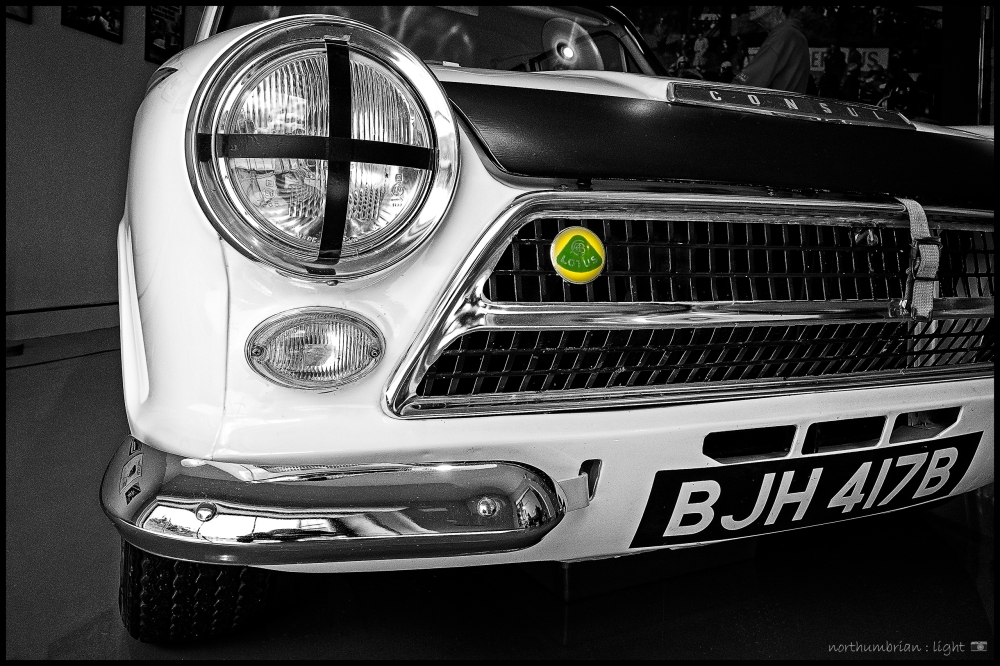 Looking at the Cortina more closely, I was reminded that they were originally badged under the Consul brand. My parents belonged to the ‘Ford family’ owning three consecutive Consuls throughout the 1950s and early 1960s. They have appeared at various times in this blog, including the original MK1. Just at the time they might have gone down the Cortina road, they chose the Corsair – a big mistake, the first being so unreliable, it was quickly replaced by another. I can only assume at a significant discount.

The primary difference between the two Corsairs was that the first’s crunchy column-change was finally replaced with a standard floor-change in the second. Mother had learned with a column-change and in her usual determined fashion, she was sticking to it, long after it was a good idea. When they returned from working abroad in the mid 1970s they remained loyal to Ford, finally acquiring a Mk III Cortina. After that it was a Volvo 343 followed by a series of pedestrian Vauxhalls. As with many other aspects of their later years, automotively they had lost their way.