An information plaque on one of the viaduct columns provides a brief overview of its history: In 1969, after being in use for 100 years, this railway viaduct was preserved for the public by the Northumberland and Newcastle Society through the generosity of many donors. The viaduct was constructed in 1862 to carry the North Tyne Railway and is a notable example of Victorian engineering. It is a rare and the finest surviving example of the skew arch form of construction. This required that each stone in the arches should be individually shaped in accordance with the method evolved by Peter Nicholson of Newcastle-upon-Tyne, a pioneer geometrician in this field.

The viaduct is decorated with crenelated ramparts and arrow slits to appease the Duke of Northumberland.  The line passed in front of his hunting lodge at Kielder Castle and he insisted that its design should be consistent with the castle’s Gothic style.

Later known as the Border Counties Railway (BCR), it ran from Riccarton just over the Scottish Border all the way down the North Tyne Valley to Hexham.  Opening in stages between 1858 and 1862, commercial traffic was limited from the outset and the thinly populated Borders meant that passenger numbers were always small. The line closed to passengers in 1956 and the tracks lifted in 1963. 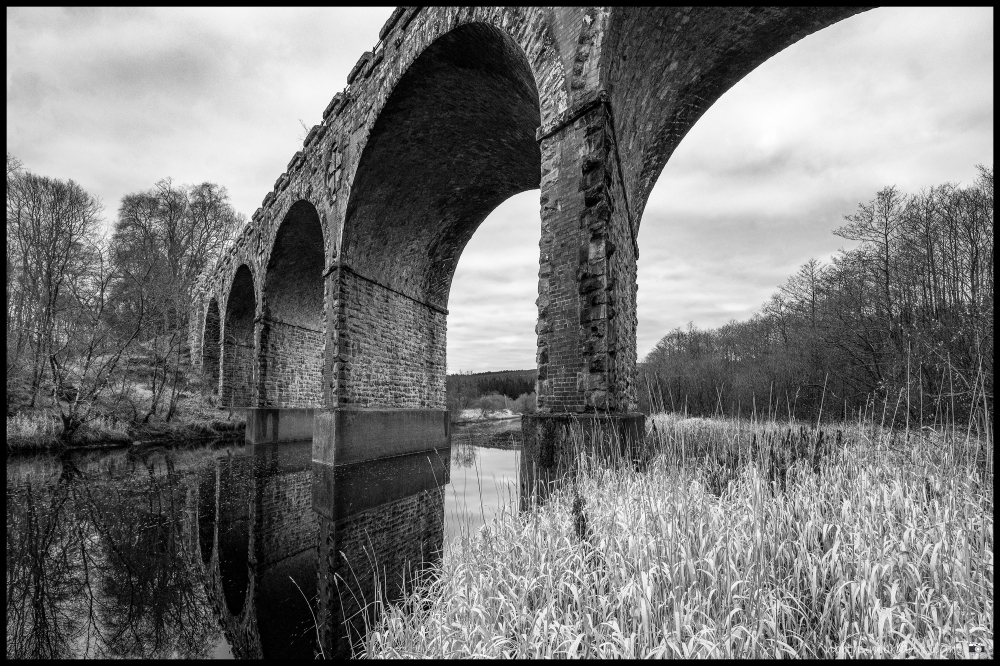 From the banks of the North Tyne 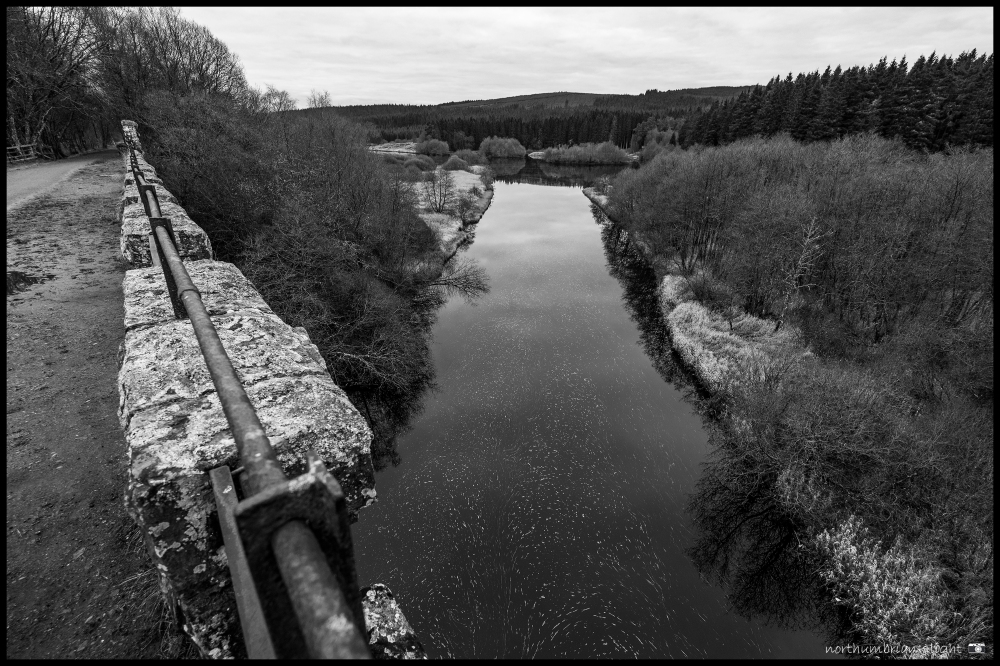 The view from atop the viaduct

Keep walking south for just under a mile, following the route of the abandoned line and you are confronted with open water.  This is where the BCR is submerged beneath Kielder Water, not reappearing until Falstone, some six miles south and beyond Kielder Dam.  Much else lies beneath – Plashetts Colliery, the station, parts of the old village, various farms and HMS Standard.  Sadly, a prolonged drought will not reveal ghost villages as the buildings were destroyed before the valley was flooded.  Nor will the superstructure of some long lost battleship emerge – HMS Standard was a shore based  assessment and rehabilitation centre for naval personnel diagnosed with personality disorders.  Whatever inspired the reservoir’s civil engineers, it wasn’t the lost city of Atlantis.

The end of the line

Beneath the viaduct there is a neat little device called a blackbox-av.  Wind the handle to provide a charge and you can listen to the Viaduct Voices – short stories told by locals about the railway, the wildlife and a time before the coming of the reservoir.  The voices are appropriately faint and distant – much like Hendersen’s Bridge on Raasay.