… it has been a quiet week in Beaufront Woodhead.  Spring appeared to be on the horizon so I was spurred into action, replacing the battery on the Scrambler and taxing it from 1st February.  It was 4th February before I was tempted out, making the most of a brief spell of sunshine and some relatively dry, clean roads.  So, feel free to join me as I take the Triumph out to Haltwhistle via the Military Road (which runs parallel to Hadrian’s Wall) and back along the A69 before branching off at Haydon Bridge.

Since then, the weather has been the worse this winter – gales, lots of rain and sleet – storm Ciara.  The Scrambler is once again confined to the garage 😦 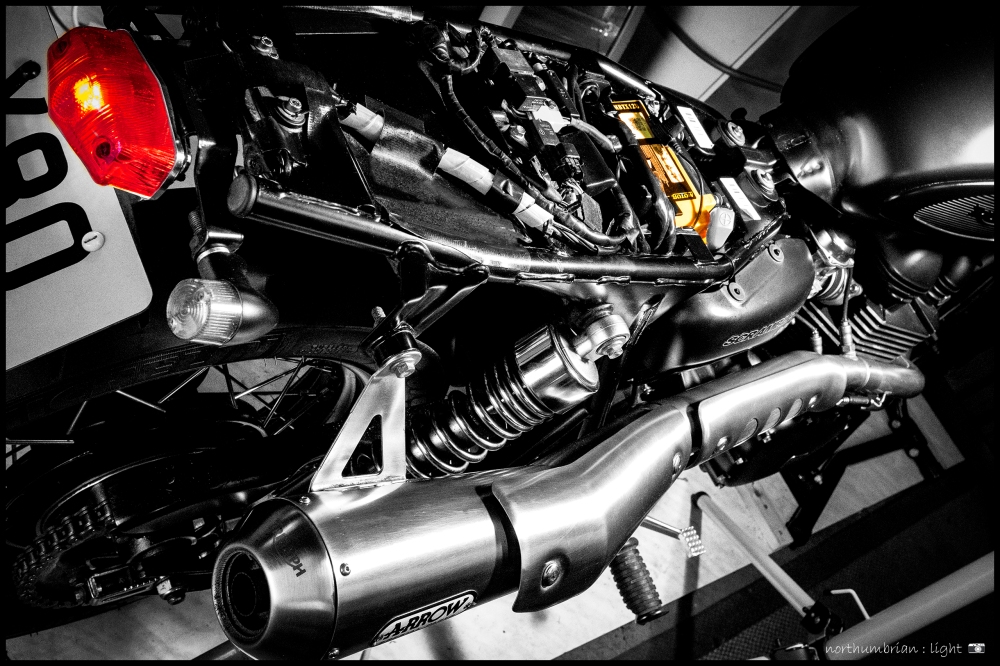 The battery in place and the Scrambler minus the seat