Another September day, another ride out – this time to Winter’s Gibbet, Steng Cross, just south of Elsdon.

In 1791 the body of William Winter was hung here in chains, in sight of the place where he had murdered old Margaret Crozier of The Raw, Elsdon.

The present gibbet was erected on the exact site of the original. The large block of stone at the foot of the gibbet is the base of the Saxon Cross which marked the highest point of the ancient drove road, down which cattle were driven from Scotland to the English markets.

It is the saddest and loneliest of places, even on a mild September afternoon.

The stone block is visible at the foot of the gibbet

Winter’s Gibbet into a September Sun. 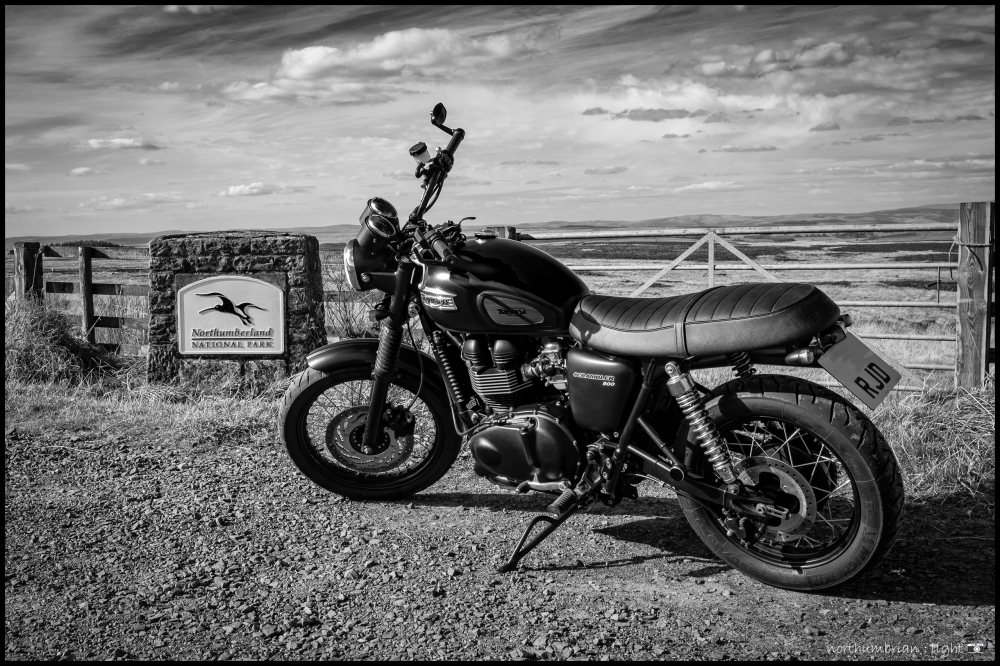 This time on the Scrambler