This small place, tucked away on the edges of the Solway Firth, has been on my motorcycle radar for some time.  At just over fifty miles from Hexham and on the coast, it is a comfortable riding distance on a good day and, today turned out to be just perfect – not much wind, no threat of rain and mild.  Huge skies, a wide open estuary and a flat landscape makes it photogenic in an Ansel Adams sort of way.

It was only when I returned home that I started to look for more information on the place, not the logical way of doing things.  Had I but known, it is right up my alley, having both canal and railway history.  This from the Visit Cumbria website:

The village of Port Carlisle, originally known as Fishers Cross, was developed as a port in 1819 to handle goods for Carlisle using the canal link built in 1823. The canal was 11¼ mile long, and had 8 locks which were all built 18 feet wide.

From a wooden jetty, through the entrance sea lock and one other, the canal ran level for nearly six miles. Then followed six locks in one and a quarter miles, with a level stretch to Carlisle Basin.

Sailing boats made their way by the canal from Port Carlisle (about one mile from Bowness-on-Solway) to the heart of the City of Carlisle. Boats were towed to the City (taking one hour 40 minutes) enabling Carlisle to be reached within a day by sea from Liverpool. Barges collected the grain and produce destined for Carlisle’s biscuit and feed mills. The canal built specially for this purpose ended in the canal basin behind the present Carrs (McVities) biscuit factory in Carlisle.

There is even the remains of a railway viaduct at Bowness-on-Solway – I am going to have to return! 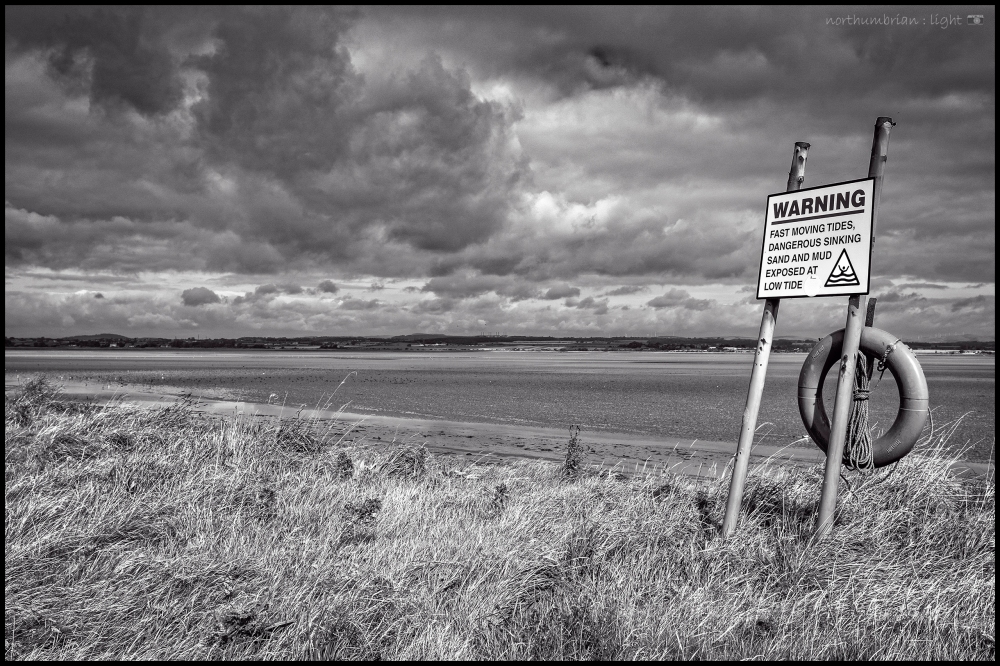 Warning – don’t go for a paddle.

Port Carlisle in the distance

Dramatic skies, without the GS 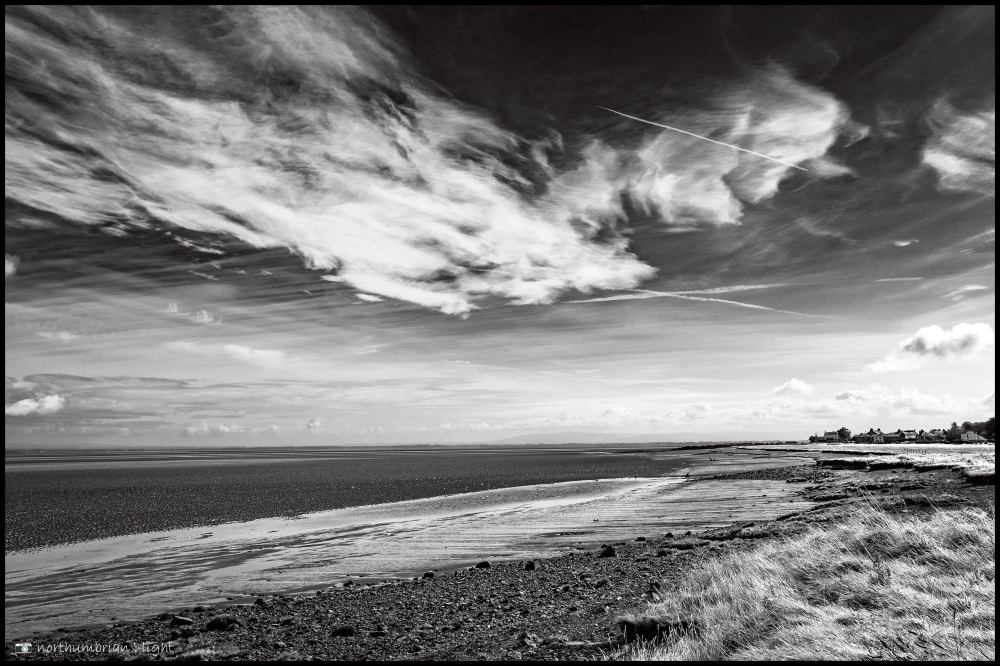 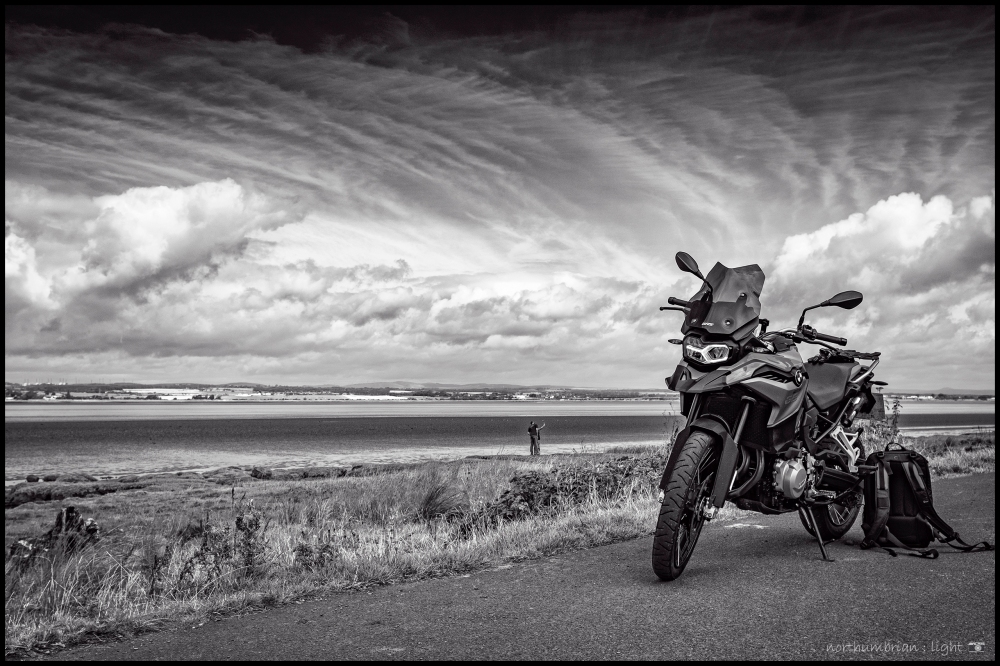 Strangers on the shore with a selfie stick.