… to know which way the wind blows – Subterranean Homesick Blues, Bob Dylan, recorded on January 14, 1965.  According to english.stackexchange.com, the lyric was the inspiration for the name of the American radical left group the Weathermen, a breakaway from the Students for a Democratic Society. In a 2007 study of legal opinions and briefs that found Bob Dylan was quoted by judges and lawyer more than any other songwriter, “you don’t need a weatherman…” was distinguished as the line most often cited.

I mention this apropos of nothing other than I was at Traigh for their Open over the weekend and, as always, from the high points on the course, you don’t need a weatherman, you can see the weather coming for miles and there was plenty of it. 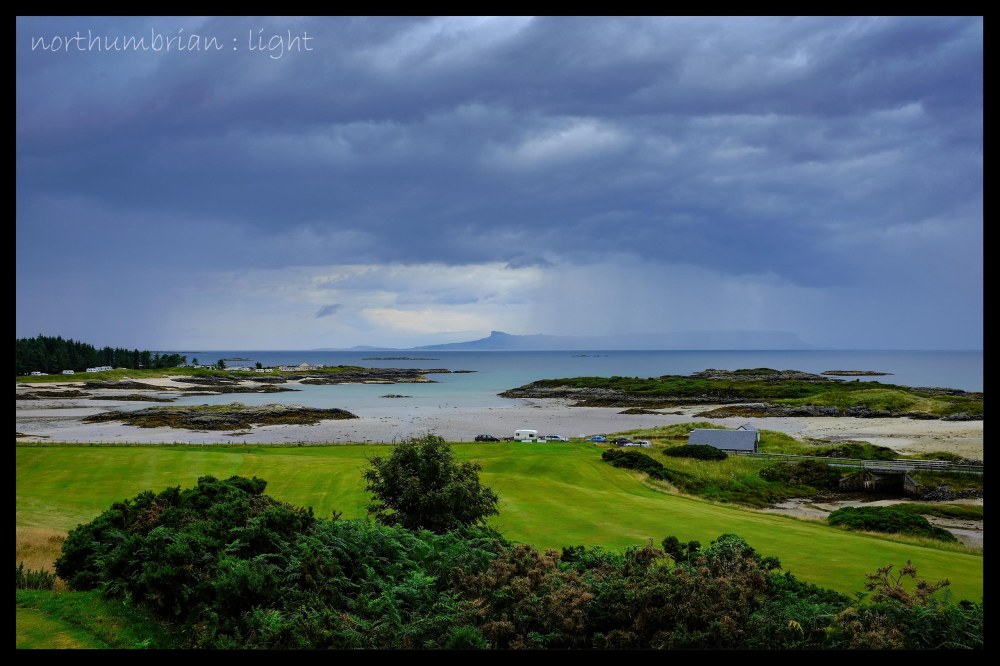 The view from the 3rd tee 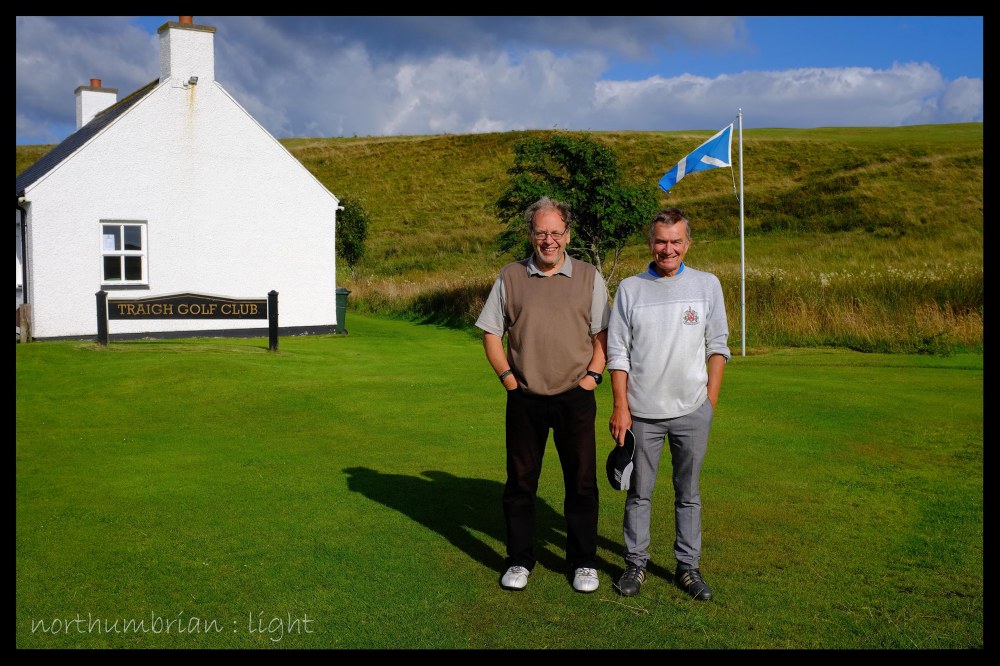 Not immediately apparent, but my bottom half is drenched 😦 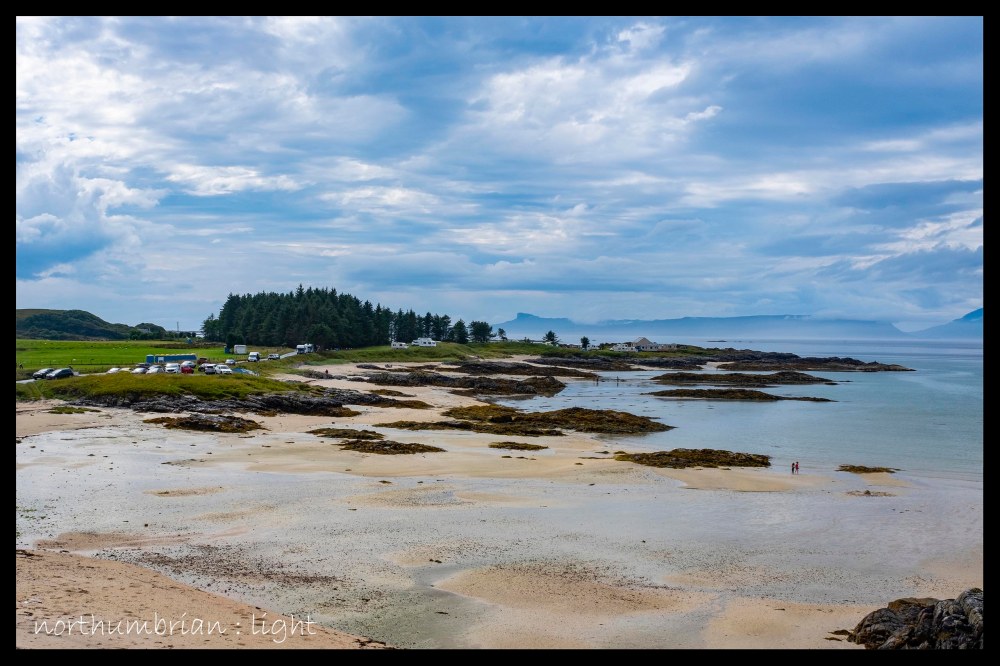 The view from the 2nd tee 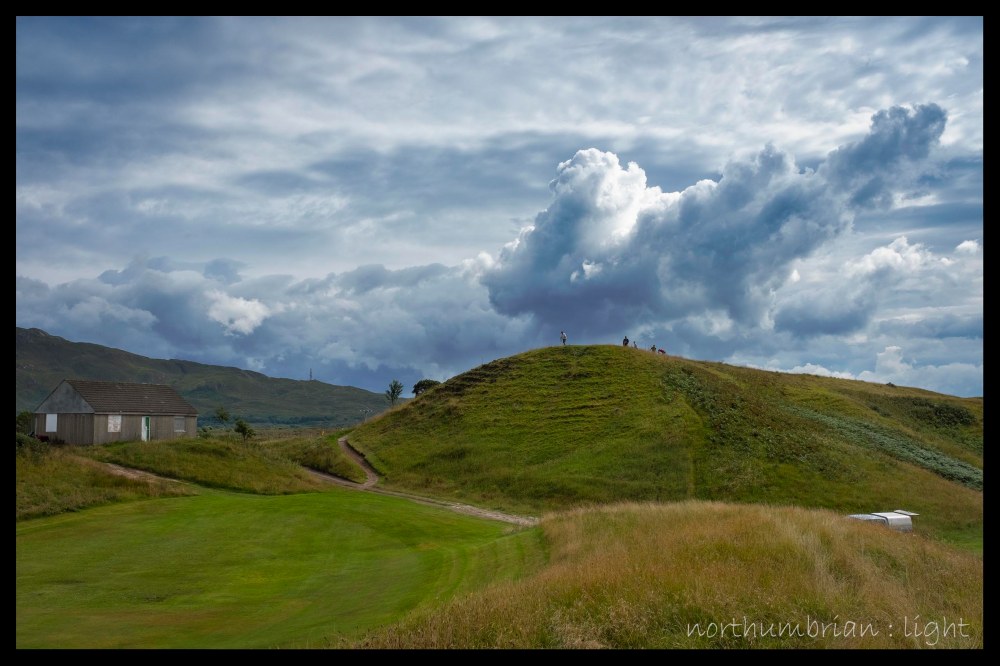 While I am going off at tangents, I will make this not particularly original observation – to fully appreciate any music you must hear it in the context of its own time. This track and everything else on Bringing It All Back Home was a shining beacon of originality which inevitably fades with time and the production of more than 50 years worth of subsequent music. Nevertheless, I can still remember the excitement felt by that introverted 14 year-old as this album first emerged from the single speaker of the family Dansette. All the words are still inside my head.