… it stays pretty green.  Except this year it has and it doesn’t.  These last few days, winter arrived early in Northumberland and elsewhere across the UK.  It never used to snow much in Cheshire either, except in the long winter of 1963 ‘when it felt like the world would freeze, with John F. Kennedy and the Beatles’.  I remember rare nights in the 1950s, staring out at the dim glow of gas street lamps as they lit up huge flakes falling out of the dark night. The rarity made it even more special.  Nothing changes the world quite so dramatically.

If we get no more snow this winter then we will still have had more than the last couple of years which have been monotonously grey and wet.  The British like nothing more than to discuss the weather, perhaps because we get so much of it.  Even the trees shiver …

Snow gets me out, or at least it gets me out with a modicum more enthusiasm than when it is simply cold and wet. We have lived nearby these country lanes for more than twenty years so I have taken countless images of the same things and many have appeared on this blog. The challenge comes from seeing things differently – modern RAW processors provide endless possibilities for variation.  These were all taken on the same short walk to Sandhoe postbox – Saturday 2nd December 2017:

… the north side of Beaufront Castle.

… the north side of Beaufront Castle

… the dead of winter 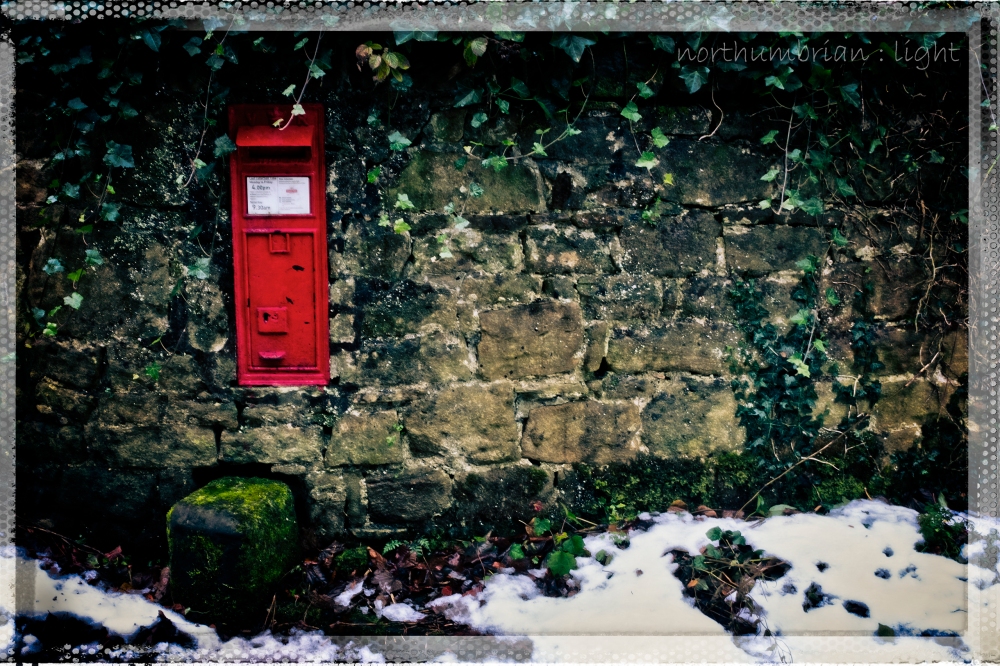