Northumberland has been clinging to the wreckage of autumn these last few weeks but its all over now.  Despite Black Friday, despite the ever sooner onset of Christmas and the tyranny of things, it has been a quiet few weeks in Beaufront Woodhead.  It is also a time of inner conflicts.  The desire to play golf set against too damp courses and uninviting weather – the solution – head for the coast. The impatient need to be out on two wheels set against slippery surfaces, biting winds and too much salt on the roads – the solution – sit tight and polish the hardware.

For now, the priority is the much delayed task of writing the follow-up to Golf in the Wild. My modest ambitions for the first version have been met – the production costs have been recovered and 800+ copies shipped.  The sequel is progressing at a glacial pace – I am currently researching Loch Eriboll, just a few miles down the road from the return journey’s place of departure, Durness. Eriboll has some fascinating history, not least that in May 1945, this was the location for the surrender of thirty three U-boats, the pride of Germany’s Wolfpack.  I could be stuck in these waters for weeks, but no matter, the days are short and the nights long.

In the meantime, this is Northumberland as autumn falls into winter: 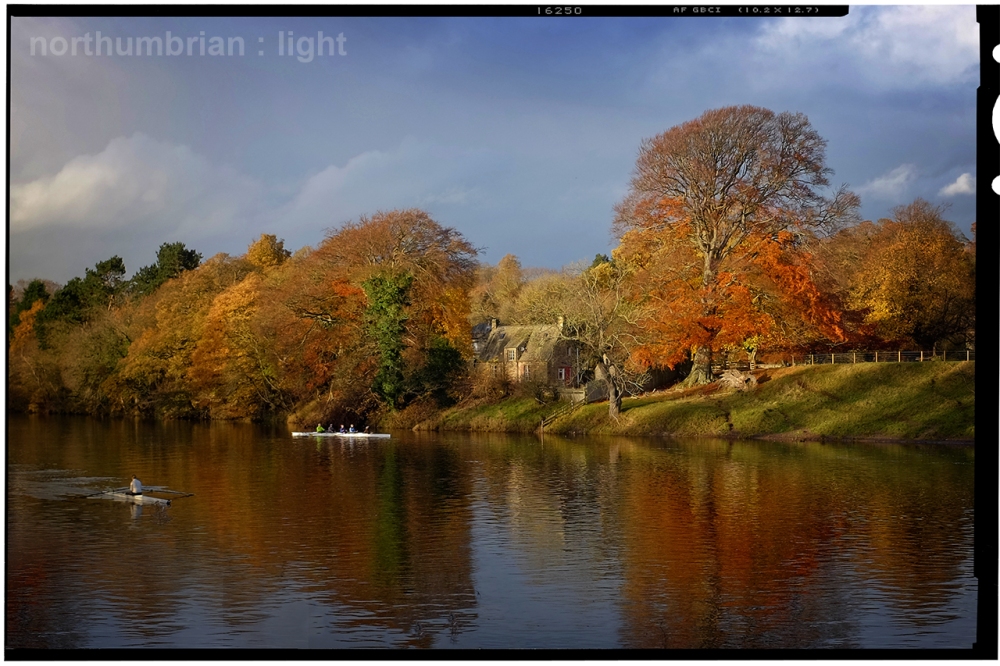