I’m not here, I’m back there – I was so much older then, I’m younger than that now.  It feels like a personal vindication – I am twelve again.  I shout down the stairs to my mum and dad – “I bloody told you so!”

“We will have none of that sort of language in this house!” – it is the voice of my mother echoing down the years.  There is no need to respond.  I know when their argument has lost its foothold; they change the subject.

In response to Bob Dylan’s Nobel Prize, The Irish Times brought together the response of forty Irish authors, poets and scholars to his literary honour.  I have long been a consumer of Irish fiction, it is in my head as much as the work of Robert Zimmerman.  These reactions from The Irish Times will now provide a future guide to my consumption of Irish literature – those with a churlish or superior response will disappear from my reading wishlist.

But what of those I have already read and admire.  What, in particular, would Anne Enright have to say, would I be obliged to never open her books again.  I need not have been concerned – not only did she approve, she came up with a one-liner worthy of the man himself – “And once you “get” Dylan, you can’t get away”.

On the day his Nobel Prize was announced, Migrant in Moscow, on Blipfoto, clicked on the tag ‘BobDylan’ and a stream of ‘likes’ came pouring into my mailbox.  I had forgotten just how many times I have used his words on Blipfoto.  Many of these images have already appeared on WordPress but, I repeat them here in celebration – good on yer Bob! 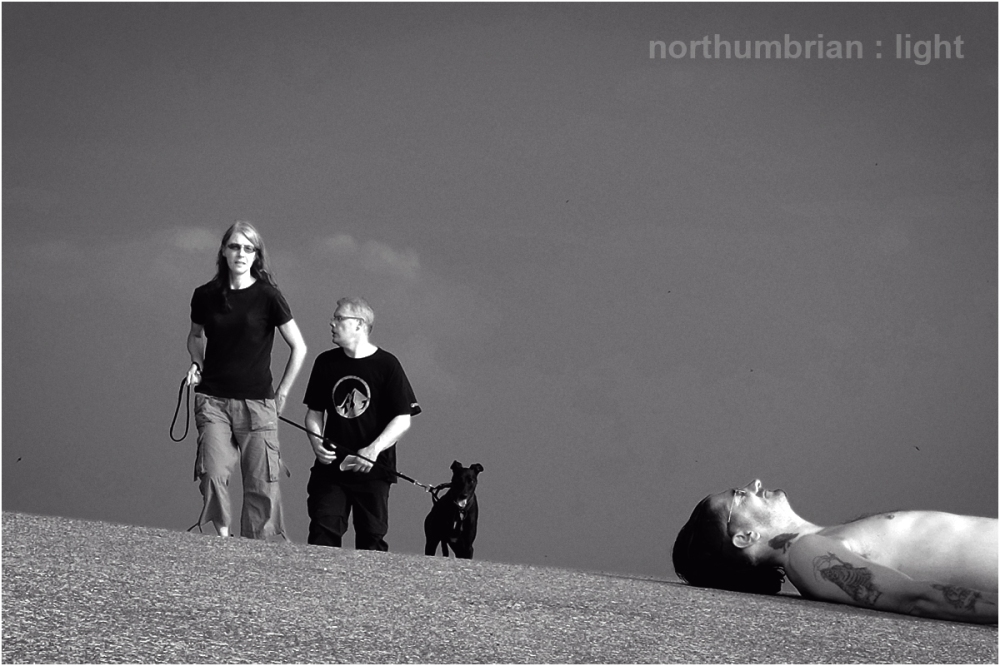 You see somebody naked
And you say, “Who is that man?”
You try so hard But you don’t understand
Just what you’ll say When you get home
Because something is happening here
But you don’t know what it is Do you, Mister Jones?
Ballad of a Thin Man 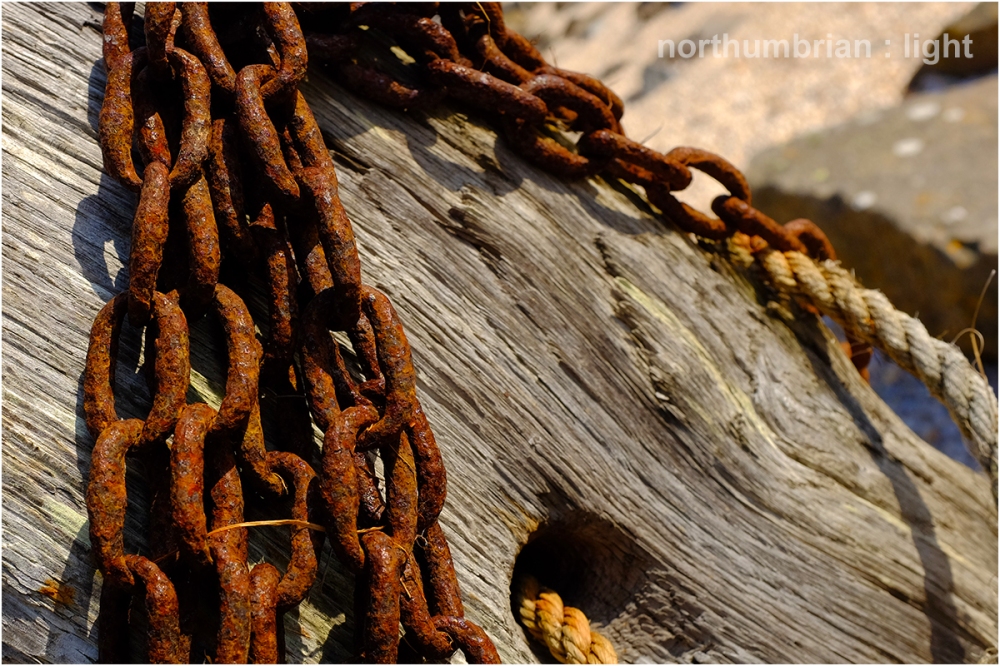 And I answer them most mysteriously
“Are birds free from the chains of the skyway?”
Ballad in Plain D 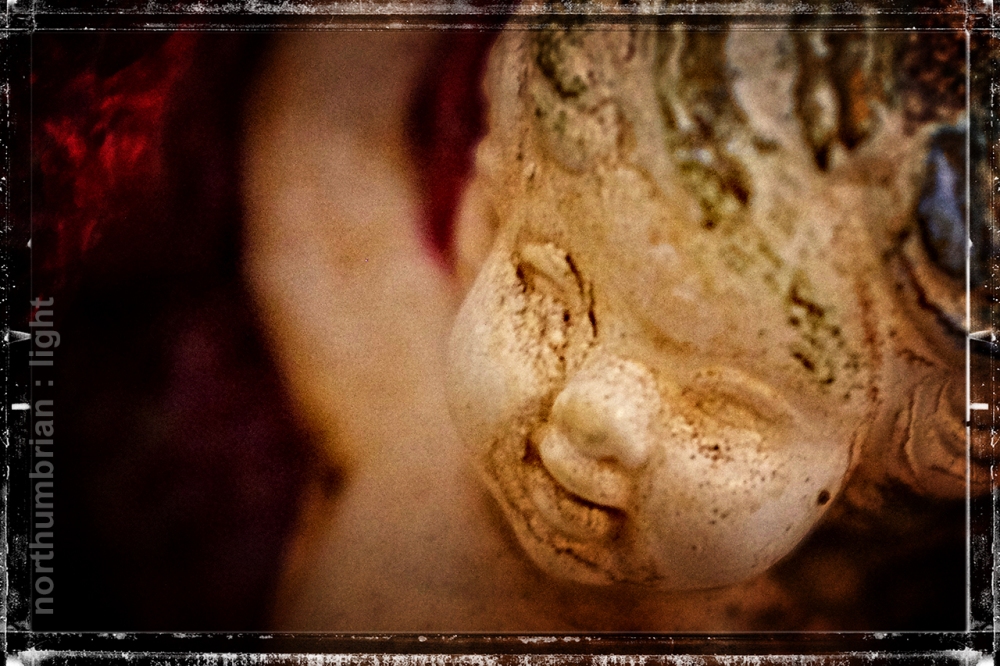 Farewell Angelina, the bells on the crown
Are being stolen by bandits
I must follow the sound 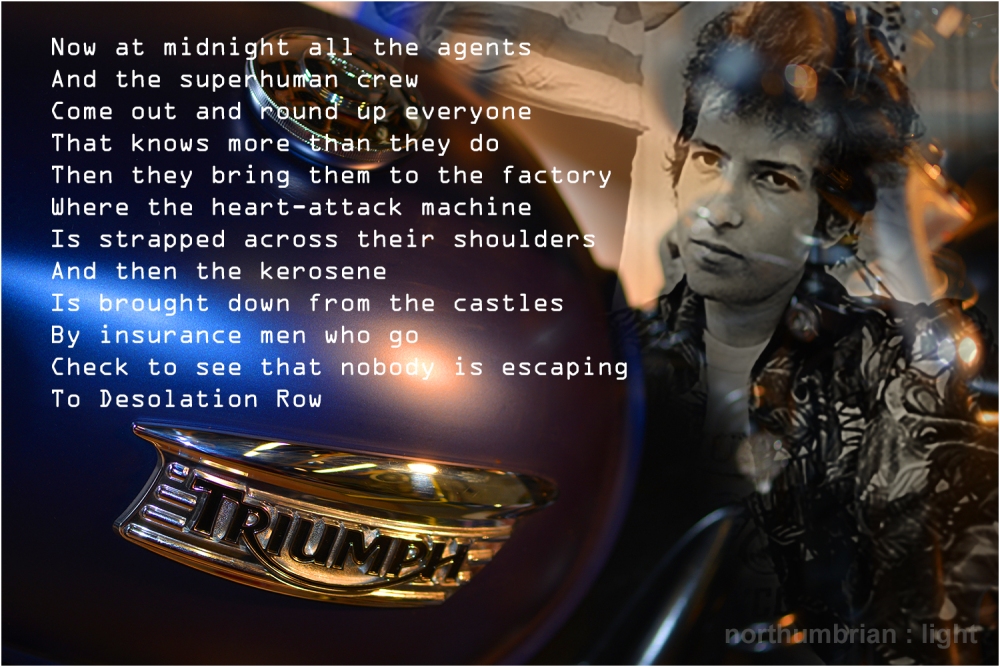 When the jelly-face women all sneeze.
Hear the one with the moustache say Jeez,
I can’t find my knees.

And these visions of Johanna are now all that remain

You don’t need a weatherman to know which way the wind blows.

This wheel’s on fire, rolling down the road.