The narrow-gauge FEVE railway meanders across Spain’s northern coast between Bilbao in the Basque Country and Ferrol in Galicia.  Narrow-gauge it may be but this is no museum piece, the rolling stock is modern and clean and the trains run to time.

Given my background, it was inevitable that we should find ourselves on the regular FEVE service between Cabezón de la Sal and Santander within just a few days of our arrival.  The single track line carves a neat track through a rural landscape, crossing open fields, hugging shady river banks and diving into rough-hewn tunnels.  Heading east, Torrelavega marks the boundary between the rural and the suburban, open country makes way for a semi-industrialised landscape as the line approaches Santander.

The line heading west from Cabezón de la Sal is even more spectacular but the services are less frequent and the day travel options more limited.  Simon Calder explains the attraction in this extract from the Independent:

Here’s the issue: railway engineers in mountainous areas like to stick to river valleys. In northern Spain, these tend to run north-south. But the line sets itself the challenge of running east-west to link some of the biggest cities (plus countless tiny villages) in northern Spain. You are reminded of this with the occasional squeal of steel on steel as the train performs twists and turns that would be implausible even on a child’s train set. 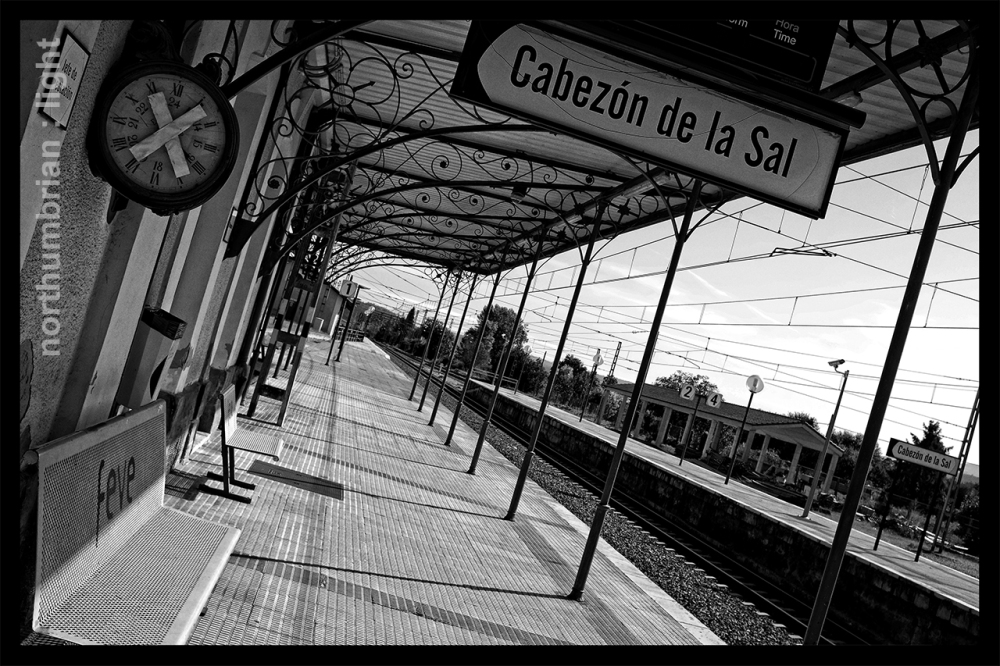 Walking around Santander, I travel light – as ever I am carrying the Fuji X100s on a Black Rapid strap. It is unobtrusive and swings easily in and out of use. The downside is that this old-style, everyday workhorse is beginning to look a little rough around the edges. However, it is not just it’s retro looks and convenient size that appeal. Like many other Fuji enthusiasts I am convinced that the results you get from this little gem are more analogue film-like than any other camera I have used. This is a biased and entirely subjective opinion but this article adds some substance to the view – Why the Fuji Series Images are so film like – Dan Bailey.

Of course, by the time my JPEGS have been processed in Photoshop and ON1, any similarity to the original image is entirely coincidental 😉  A brief walk around Santander: 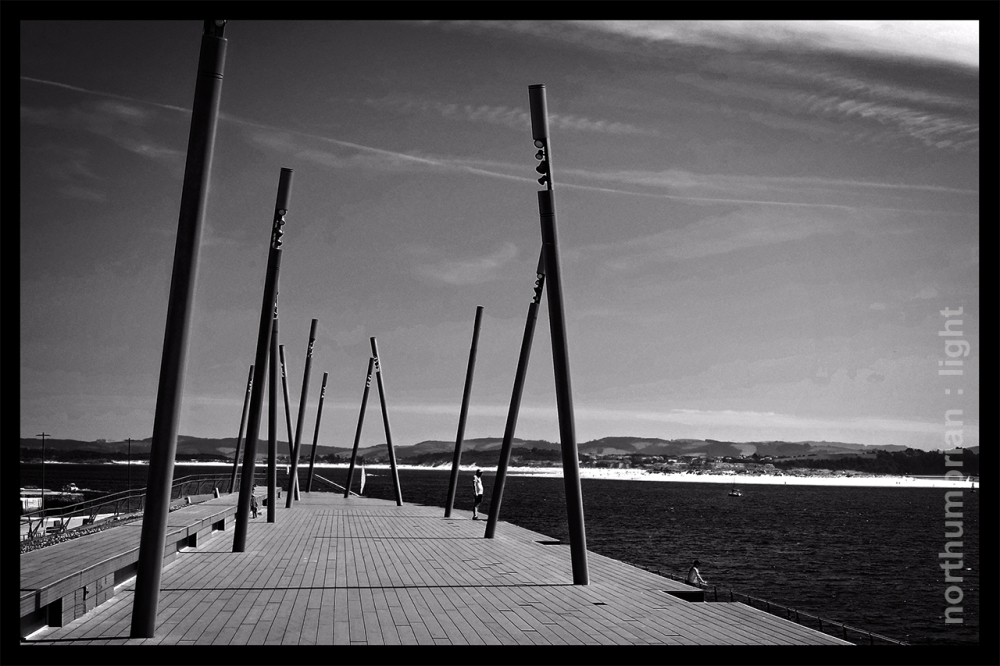 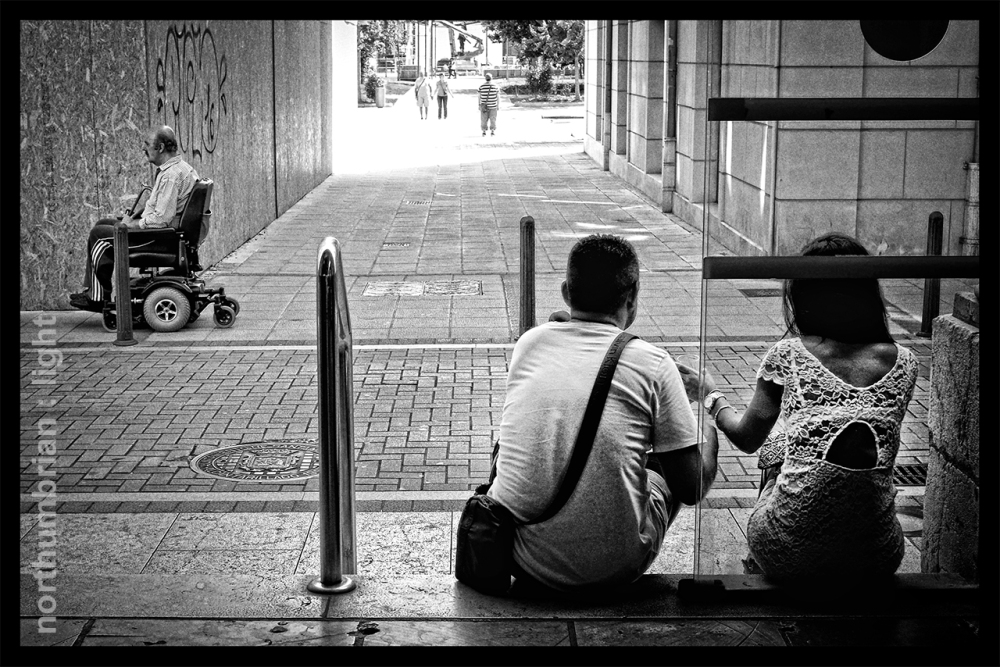 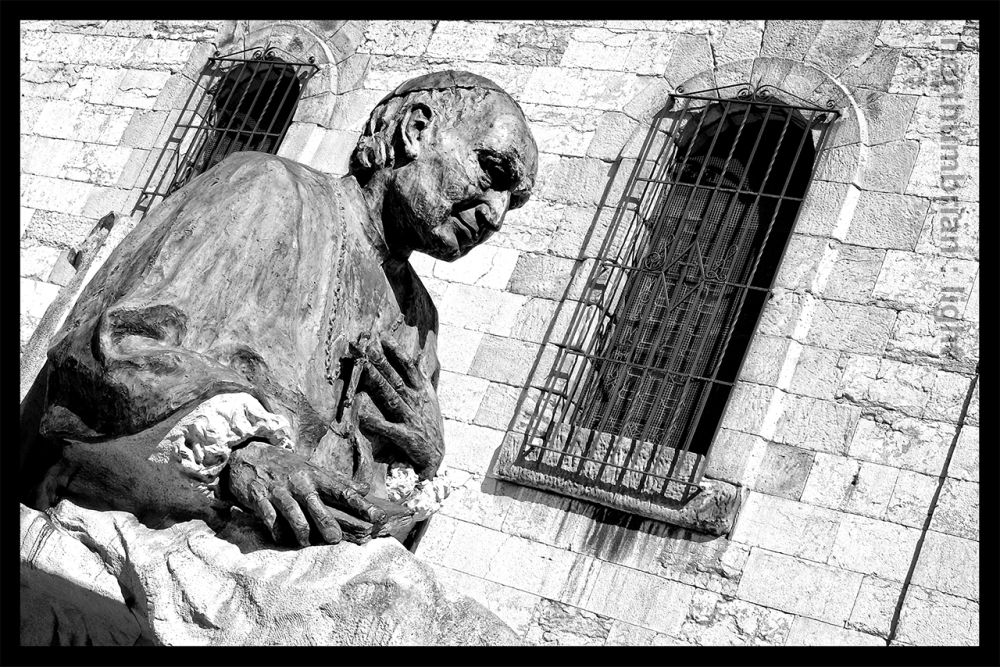 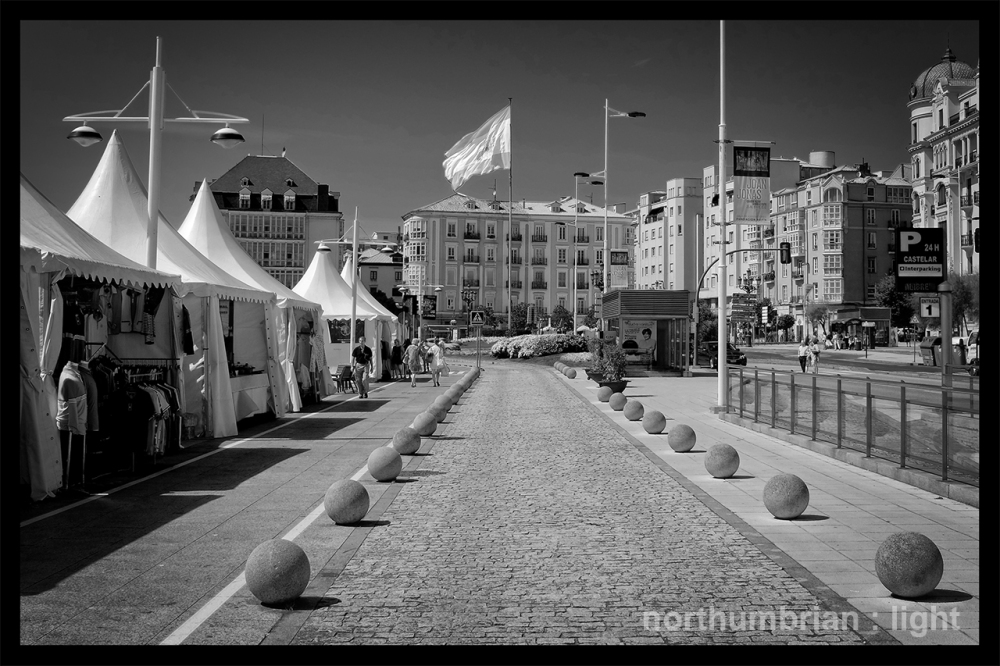