… not so much Irvine Welsh, more Jonathan Meades.  As a child,  Meades made lists: “Why were people called Salmon, Pike, Gudgeon, Whiting, Chubb, Grayling, Roach, Haddock, Spratt, Bass? But not Tench, Minnow, Eel, Lamprey, Perch, Carp, Huss, Plaice … I was adjudged tiresome or frivolous or time-wasting. Thus adults masked their ignorance and, worse, their incuriosity.”

I made lists too but mine were numeric, all of them attributes of steam engines, the occasional diesel and electrics but never multiple units.  We made lists to bring order to a chaotic, disinterested and judgmental world.  Trainspotting might seem harmless enough but to those in authority we were at best a nuisance, at worst dangerous. Eviction from railway stations was an occupational hazard; men of a certain age and ex-military rank, imagined or otherwise, simply didn’t like us and we them.

Dylan filled my head with verse, Raymond Baxter talking over grainy 405 lines inspired a passion for fast machines and steam trains spawned an interest in industrial archaeology, the remains of a revolution. Abandoned mills, derelict canals and the traces of long-gone railway lines still intrigue.  There must be others of a certain age who take delight in spotting the abandoned sections of the Lancaster Canal from the M6.

It was therefore inevitable that having ‘collected’ one example of the very fine signal boxes along the Newcastle to Carlisle line, I would have to go and ‘bag’ the other two award winning examples.  On Monday morning I rode the Ducati up to Wylam, stood on the footbridge and captured the last.  As a boy I would have taken great delight in being enveloped in steam by a train passing underneath – along with Castrol R, engine steam is the best smell in the world – Givenchy should bottle it.

In order of capture: Hexham, Haltwhistle and Wylam (the last is an extra of the best – Haltwhistle, stately as a galleon): 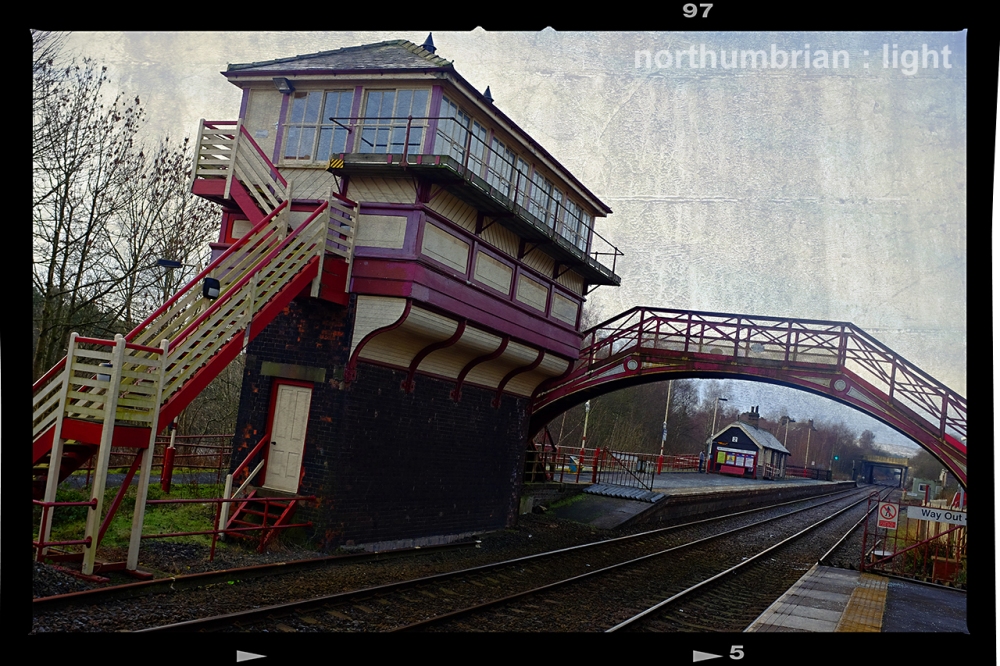