… everything changes, just do what you think you should do – To Ramona, Bob Dylan.

More than fifty years separate these images and much has changed in the intervening years, not least me.  In the earlier photograph I have adopted a ‘workman-like’ pose in contrast to my usual preference for pulling faces at the camera. In the later image I prefer to hide behind the lens.

The cars from the 1950s are lined up for the Ballachulish Ferry which is now replaced by the bridge, visible in the second image.  The hotel remains but the family car has transformed from plain and utilitarian into a sleek object of beauty.  In the older image we are gathered around my Dad’s Ford Consul (331 ELG) while the car in front, an ugly-duckling Vauxhall Victor, belonged to my Uncle Ed – they should have kept the Jaguar.

In 1959 we were travelling north to Cullen in Banffshire, a journey that took forever with an overnight stop in Callendar.  We used the only section of motorway built in the UK at the time but it did little to reduce journey times – the 8.5 mile Preston Bypass which eventually transformed into part of the M6.

In 2015 I have driven alone to play golf at Traigh near Arisaig, a brief few days away, not feasible in the 1950s.  On my return I could not resist the delights of the Dragon’s Tooth Course squeezed between mountains and loch, a few hundred yards from the Ballachulish Hotel.  It is a fine test of golf and feels like similar mature courses celebrating their centenaries but in 1959 it did not exist, the fields of Glenn a` Chadias were still being used for grazing cattle.  Everything passes, everything changes. 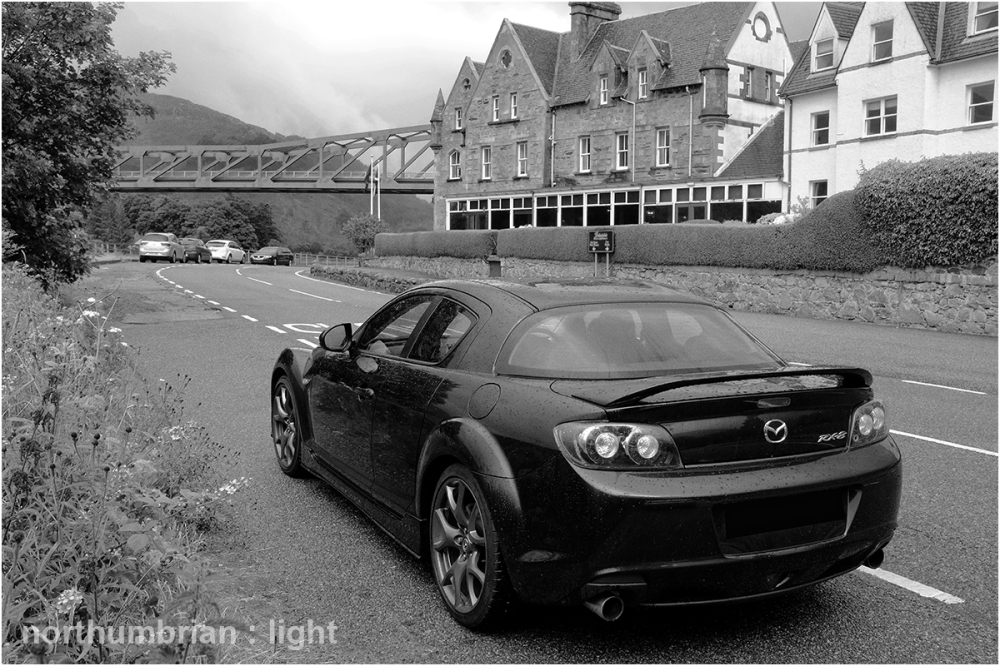 This final image from RMWeb.co.uk shows the ferry in action in 1962 from the other side of the loch, with the Ballachulish Hotel visible in the background. An early implementation of roll-on, roll-off.