This is the poem/song (I never heard it sung) that my grandfather taught me.  If I concentrate hard, I can hear his voice reciting through a cloud of Three Nuns pipe tobacco which he would rub in his stained scarred hands. Even when gone, they talk to us.

A walk to Old Haydon Church earlier in the month gave voice to strangers.  Muriel Sobo’s article in the April/May edition of The Northumbrian reveals that this hidden church was the original place of worship for the parish of Haydon and dates from around 1190.  Used until the 1790s, ‘a new church was then built nearer the bridge crossing the Tyne, as the population had concentrated there and a market was established.  Parts of the old church were demolished and some stones used in the new building’.  I guess this explains its stunted appearance. 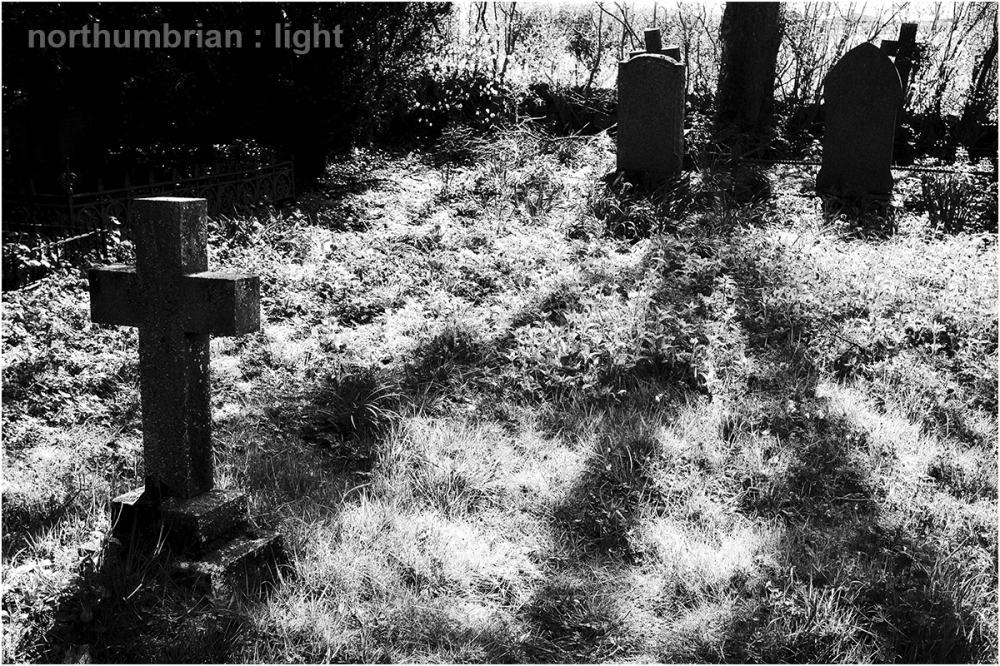 The broken headstone leaning against the end wall speaks of the Reed family tragedies:

The hard times of old England.

(the same edition of The Northumbrian also contains the review of a certain book 😉 ).