… along with youth, fashions, heroes and life.

David Purley raced in Formula 2 and Grand Prix events between 1972 and 1977.  He is best remembered for his desperate attempts to save Roger Williamson from a burning car at the Dutch Grand Prix in 1973. For this he was awarded the George Medal; the video footage is too harrowing, too sad to watch. In 1977 his brakes failed in practice for the British GP – his car went head-on into sleepers and came to a stop within a car’s length from 110 mph. He eventually recovered and took up acrobatic flying, the sport that finally claimed his life in July,1985.  One crowded hour of glorious life is worth an age without a name – Sir Walter Scott

In this picture, taken at  Brands Hatch in 1972, he sits contemplating the racing line. My reflection is fleetingly captured on the side of his car and a series of terrible events are practicing their lines in the wings. 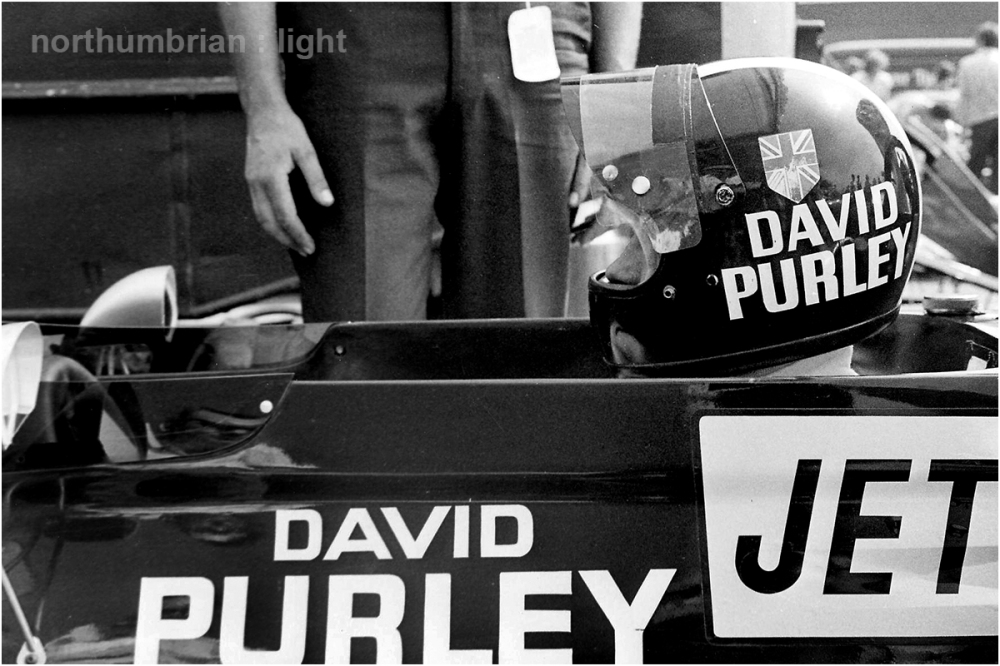