One of the joys of Golf in the Wild is the unexpected connections I make. A recent exchange with a fellow golfing/motor racing/railway enthusiast (yes, we exist) whose father also worked for ICI, put me in mind of Trafford Park and my Dad, not that he is ever that far from my thoughts. This picture dates from his early career at ICI, just inside the entrance to the works on Westinghouse Road – he is standing far left among his fellow members of the Works Council; sadly none of the names mean anything to me but the location does. 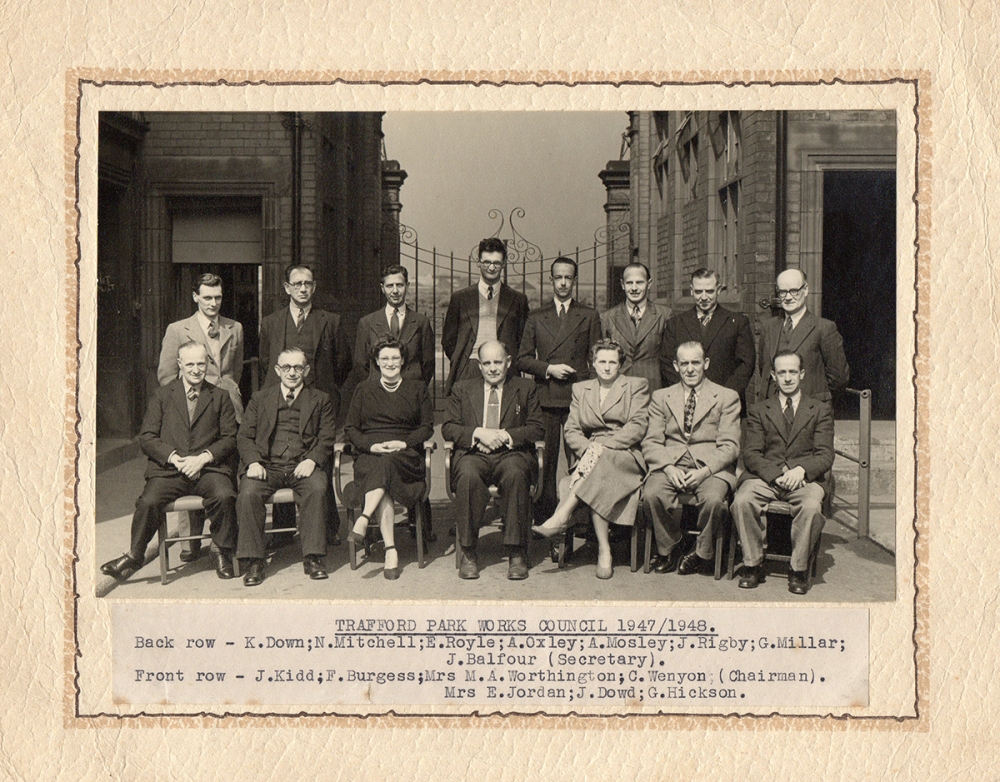 The door to the immediate left of my Dad opened onto a tiled corridor and up the stairs was the cashiers’ office where I collected my first pay packet – I had a string of holiday jobs on site which included internal postman (the best), toilet floor cleaner (the worst), working in the canteen kitchens and serving in the tuck shop. I had grand plans to use the money to buy a go-kart but was actively discouraged from such ‘dangerous’ ideas. Instead, I saved up for a Mini 850 and promptly went ‘racing in the street’ – the world would have been a safer place had I been confined to a track.

Outside the gates the open moorland that was Trafford Park is still visible. A section of the local goods railway ran parallel to the road and terminated near the entrance to ICI – to the end of the 1950s, Westinghouse Road went no further than these gates.  This is an aerial view of the original British Alizarine Co Ltd works taken in 1929, courtesy of Britain from Above (the bottom left of the inserted image marks the location of the gates). The Google Earth view of this area today is utterly changed and ICI gone. 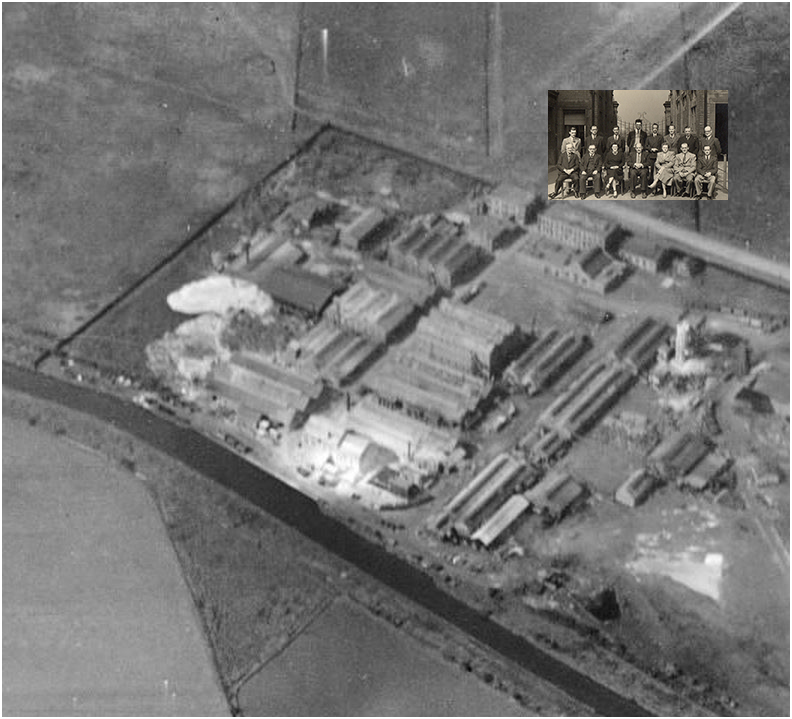 To the rear of the site is the Bridgewater Canal, the first commercial waterway in Britain. On the open moorland opposite the main entrance, men with horse-drawn carts would cut damp dark peat.  Dried and soaked in paraffin, it was sold to the housewives of Lancashire and north Cheshire to light their coal fires which fed the long winter smogs. One such horse-drawn cutter was Piccolo Pete (I had always imagined him a ‘Peat’), a regular visitor to our street and my mother an avid consumer of his wares and philosophy – ‘a very intelligent man’.  He attributed the severe changes in weather patterns to a spate of nuclear tests – I forget if it was getting hotter, colder or wetter. The fear of climate change is nothing new.

Piccolo Pete, the rag ‘n’ bone men, the Corona lorry, the Kleeneze rep, gypsies with pegs, French men with onion strings, the electric milk float and the occasional tramp – once the world came down our street, now they go knocking on heaven’s door.