A motorbike is all about the bare essentials; it is minimalist engineering at its finest. I have been looking for an excuse to post some pictures of the Scrambler and then a link to the video at the bottom of the post appeared in my inbox – it explains everything. The first picture was taken at the top of Dryburn Moor above Allendale and the second near Sycamore Gap along Hadrian’s Wall a few weeks later … two icons in close proximity. The eagle-eyed will spot the change of exhaust between the first and second image – the single pipe of the new version looks much neater and, more importantly, sounds wonderful.  If I were to remove the baffle it would wake the dead – I am tempted 👿 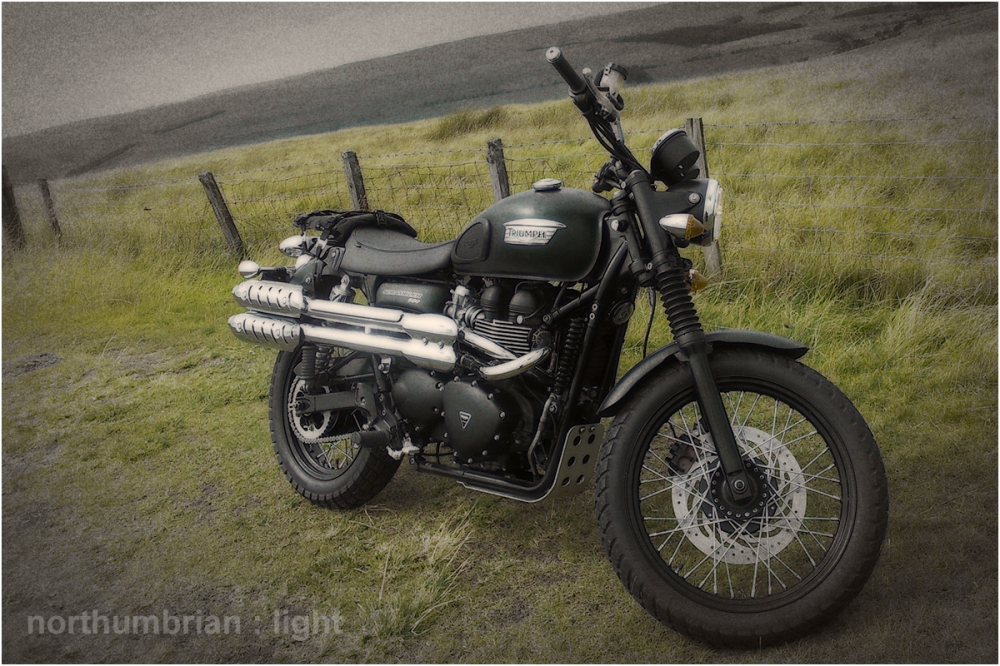