Weekly Photo Challenge: Perspective – the Military Road follows Hadrian’s Wall from Heddon on the Wall to Greenhead.  For much of its length it as arrow straight. On its northern side, just beyond the Errington Arms at Stagshaw roundabout, sits this fine hemmel (it is about a mile east from here – it is also clearly visible on Google Street View).

Northumberland is a vast, wild landscape north of the Military Road. The county is almost empty all the way to the Scottish Borders – you must travel many miles north again before this wildness returns.

This building adds scale to the emptiness and puts the distances in perspective: 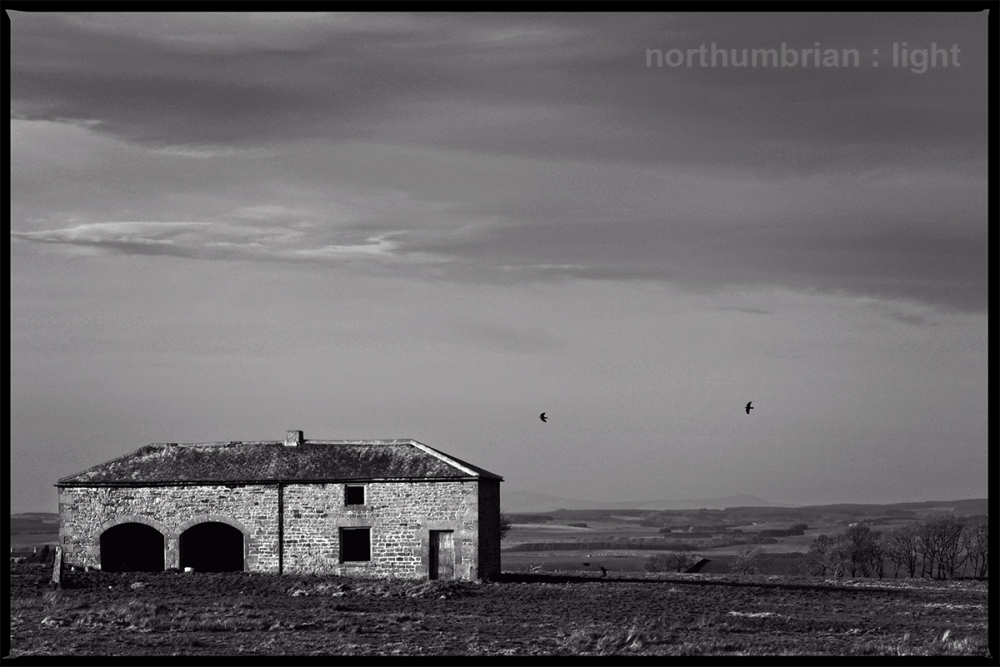 I want it to be known that I suffer for my ‘art’ 🙂  Having taken a steaming hot shower I then went out on the motorbike + camera when the wind chill factor must have been somewhere near zero degrees – not a good idea. I am still not entirely recovered 24 hours later 😦