A grand day out in grand scenery with grand old boys playing on their grand old toys. Ravenglass is a scenic train journey from Hexham where the Ravenglass & Eskdale Steam Railway is but a short walk from the full scale equivalent.  Ravenglass village is down the hill from the railway stations and is surrounded by a natural harbour formed by the River Esk estuary.

I cannot imagine buying one of these properties much as I would like to live by the sea; it seems a remarkable act of faith. The high street leads to a dead end, the sea ramp and gate which prevents salty water invading the village on spring tides. I found this on the village forum which gives some idea of the potential problems:

“Noted with satisfaction that the Parish Council’s work had considerably improved the usefulness of the sea ramp, but Mrs Pharaoh reported that vehicles were often parked on it. The Parish Council had been asked last year to take measures to forbid parking on the ramp. The Chairman commented that regulations were useless without enforcement. If Copeland Borough Council were asked to send its enforcement team, some of its enforcement might be unwelcome to residents. Members pointed out that the yellow lines between Ashley Cottage and the sea gate no longer had legal force, since the area was now a designated Residents’ Parking Area. Parish Council members present agreed to remind the Council of the problem”.

Mrs Pharaoh – what a grand name and I feel sure, a force to be reckoned with: 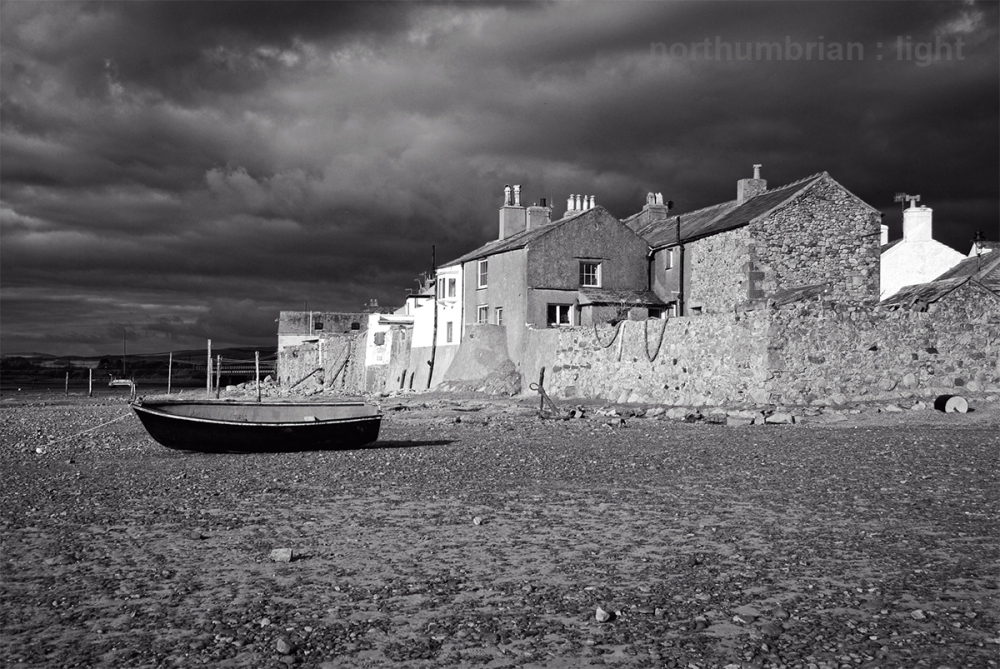