I was born into a black and grey world; the grass must have been green but that is not the way I remember it.  Manchester in the 1950s was smog-filled and populated with buildings blackened by coal fires, steam trains and the heavy industry of nearby Trafford Park. Many of these buildings were still eyeless and empty, the ruins from the Blitz of 1940; war was always in monochrome.

It wasn’t just sex that was invented in 1963 (Philip Larkin 1922-1985 – from his poem, Annus Mirabilis), so was colour.  But even the Kodachrome supplements that arrived with the traditional newsprint of the 1960s continued to report the horrors of Vietnam with the stark black and white images of Don McCullin.

This art installation outside the National Museum of Carthage is the painted ruins of wrecked cars that commemorate the Tunisian revolution of 14th January 2011; war and revolution now arrive in primary colours.

Inside the National Museum the ruins date from Phoenician Carthage, destroyed in 814 BC and Roman Carthage destroyed in AD 692.  History teaches us that nothing is permanent; it teaches us other things too, if we care to listen: 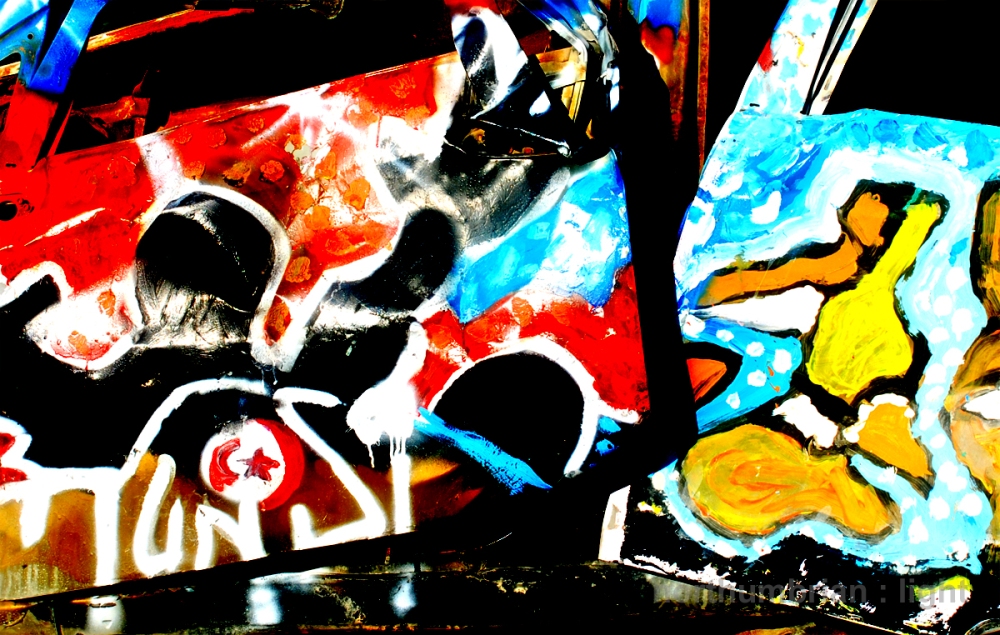 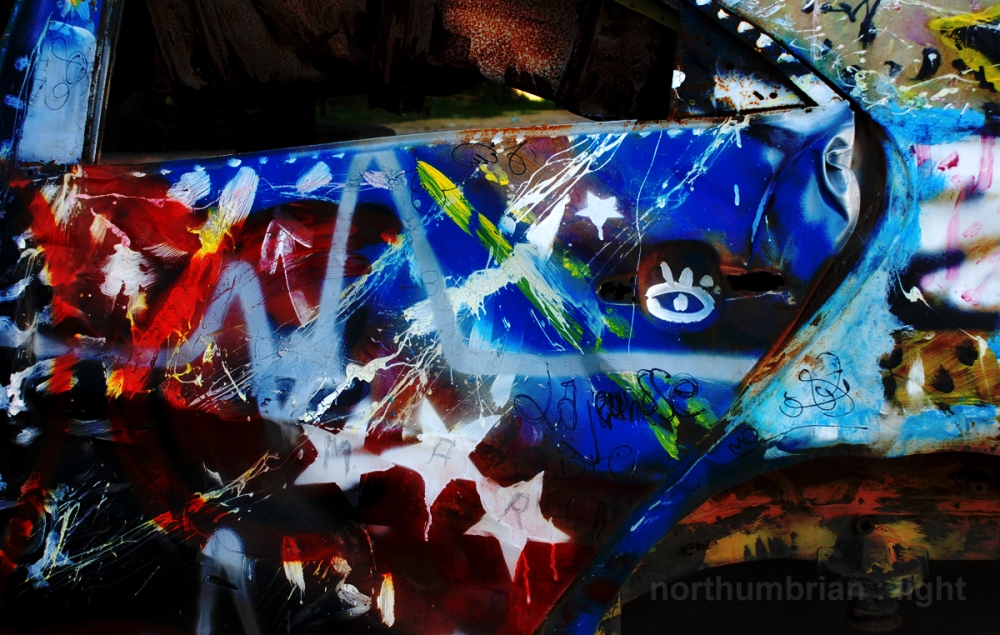