This photograph is of no great significance other than it is one of my first.  The camera angle has nothing to do with considered composition and everything to do with the height of the photographer, probably under four feet at the time.

The camera was the family Kodak 127 Brownie, a bakelite plastic viewfinder device produced in their millions during the 1950s.  I can still remember the slightly sticky feel of the shutter and the stiffness of the wind-on mechanism – don’t forget to wind-on to the next exposure!

The woman on the left is my mum – Peg, Peggy, Marion or Marian – see earlier post.  She is dressed in a “good quality” coat, almost certainly from Kendals sale in Manchester. How I dreaded that number 78 bus ride from Altrincham to be kitted out in “smart bargains” – the seeds of my obsession with the scruffy casual look.

The imposing lady to the right is ‘Win’, short for Winifred, she is married to the diminutive Fred, hesitant in the background.  Measuring tape in hand, Fred was a keen DIY man in the mold of Barry Bucknell.  Fred and Winifred, it was like they were made for each other, an inevitable and intended union.  Not so many years later Fred died in his sleep; poor Win awoke next to a dead man.  Close to hysterics she ran down the road to Peg, the first port of call in a crisis.  Stoic Peg always knew what to do – she made tea, calmed the distraught Win and walked up the road to place pennies on his eyes. 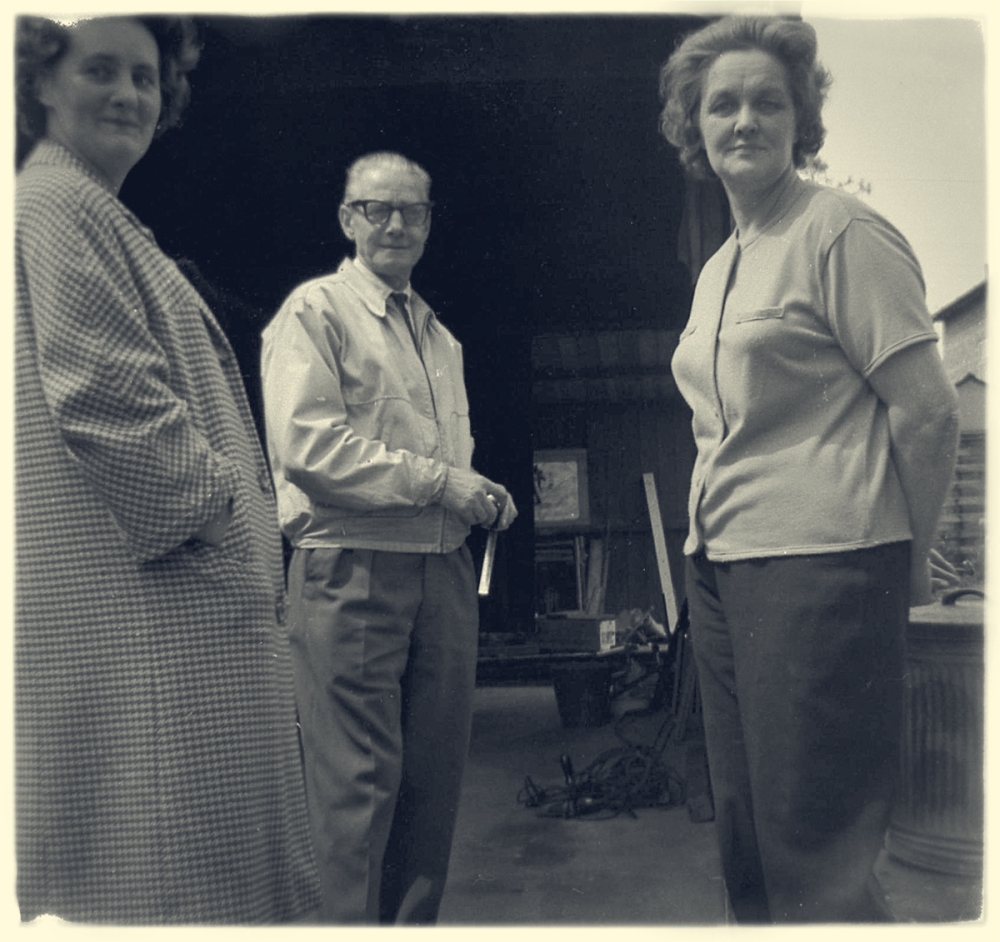