Charlottetown, Prince Edward Island is named after the wife of King George III, also known as Helen Mirren (The Madness of King George).  It is an odd mixture of a place.  There are brick built terraces and bow fronted houses which would not look out of place in a Manchester suburb.  There are New England style mansions and clapboard houses straight out of small town America whilst the wide high street could be Lake Wobegon.

Next to the boardwalk heading out of town towards Victoria Park there is a memorial to the Irish Settlers.  At first glance I misread the inscription and assumed it commemorated a particularly fine breed of dog.  A Celtic Cross stands above a circular terrace comprising thirty two flagstones, one each for the thirty two counties from where the immigrants had originated, no doubt thinking themselves somewhere entirely different.

This puts me in mind of the EU meetings I once attended in Brussels – the administrative district of Quebec bears an unfortunate resemblance.  These meetings were a perfect mirror of the various national traits.  The UK delegation would always arrive early to an empty meeting room.  The Irish would be there too if they had not gone to the wrong building.  The rest were always late.  Any of the southern European States could be relied on to complain vociferously that there was no translation into their own language – in perfect English.  The French believing that intelligence is conveyed by the amount you say would ramble on for hours about nothing in particular.  It didn’t matter where the Italians were, they would always be holding their own meeting, talking animatedly amongst themselves at high volume.  The Baltic States would by and large follow the most vociferous line, usually the Germans, adding their support in unnecessarily belligerent terms; most of them with populations no bigger than Essex and therefore irrelevant.  When and if progress was made it was in very small steps and at huge cost.

Europe may be just twenty two miles across the English Channel but Charlottetown, three thousand miles away, seems a lot less foreign.  Having seen off the French, the town became the island’s capital in 1765 and in 1864 hosted a meeting which began the process of Confederation, by which the British colonies would become provinces of a united Canadian nation.  How long would that have taken in Brussels and Strasbourg.

Leaving Charlottetown we are now heading for Southampton, five days away. 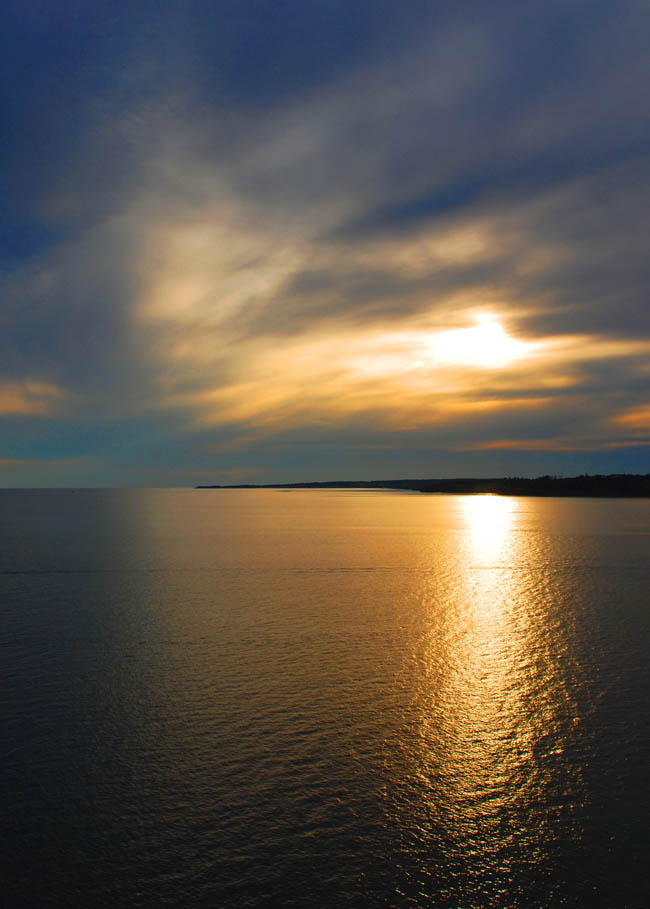