I know something of my maternal grandmother’s life, Florence May, but nothing of her brothers Albert, Charles and Frederick.  Albert and Frederick were never mentioned but whenever Charlie came up there was always much heaving of bosoms and silent mouthing.  I saw him but once; a Chaplinesque figure appeared at my grandparent’s backdoor, there was a brief conversation and he went.  He was not invited in.

Last week I was clearing out some drawers and came across a stack of postcards I had altogether forgotten.  There are about sixty, all dating from before the Great War and the majority are addressed to Charlie; it is his postcard collection.  Most messages are shorter than a tweet and convey little about the sender or recipient; in a cramped space and a scrawling hand the majority can be summarised as Thanks for the postcard, hope you are well, I am fine, weather is awful, write again soon.  This one is from May, postmarked Micheldever Station 12:15PM April 28th 1907: 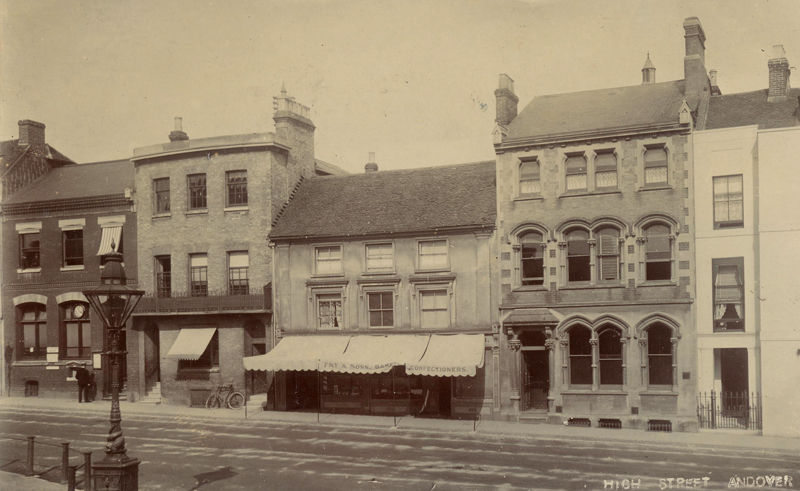 On a similar card sent five years later, the multitude of kisses on the bottom have altogether disappeared.

And then there is this one from the unknown ‘Mabel’, which in one small c/o explains a life:

Dear Charles
I am away for my holidays in Norfolk. This is the waterfall belonging to the lake on the gentlemans estate where I am staying. We often go fishing. I hope you are having a nice time
Love from Mabel
Stradsett Hall Gardens
Nt Downham Mkt
Norfolk

A quick search on Google revealed that Charlie, in a real life version of Downton Abbey, must have worked below stairs for Sir Robert Finlay (11 July 1842–9 March 1929), a British lawyer, doctor and politician who became Lord Chancellor of Great Britain.  The 62 Montague Square address is where Charlie first worked before following Sir Robert and his family to Phillimore Gardens – Newton House is the summer residence and Sir Robert’s constituency.

David Thomson (1914 -1988) was a writer and BBC radio producer and by fortunate coincidence I read his autobiography last year – Nairn in Darkness and Light.  Given the title of the book, I took it down from the shelf and scanned the first few pages for any possible references to Newton House.  Then the penny dropped, David’s mother was a Finlay, so when he writes The Great Panjandrum was my name for our great-uncle Robert, whom I feared and loved, he is writing of Sir Robert Finlay.  When he writes of life below stairs he is writing of a world very familiar to Charlie:

…the crowd of ladies’ maids, housemaids, tablemaids, kitchen and scullery maids, were always marched out by Mrs Waddell before breakfast began.  The butlers, valets and under-butlers, the gardener, the under-gardener and lesser outdoor men marched after them to breakfast in the servants’ hall which, though darkly lit in the basement, was a more homely room to us and as spacious as the dining room in which we had breakfast after prayers.  We spent every summer holiday at Newton from babyhood until 1929 when Uncle Robert died.

Twenty or thirty people waiting for prayers stood by the walls and windows underneath the huge portraits of relatives and guests of the past, waiting for Uncle Robert.  No one dared to touch a morsel before prayers.  When he was ushered in by Gulliver, ‘that English butler’, he stood for a moment near the door, glancing around the room to make sure, I suppose, that none of us was missing, said, ‘Good morning’ in a loud clear voice, walked over to the lectern and stood before it in silence, his back to the windows, until all the servants had quietly filed into the room and assembled near the great sideboard.

After prayers and the departure of the servants, we remained standing by the walls until Uncle Robert had reached his place at the end of the table, where he stood his hands resting on the back of his chair, until we had reached ours.  We remained standing while he said grace, a lengthy grace in Latin, perfectly enunciated.