Finland is purpose made for the computer age, the language comes ready encrypted.  A common sight in the city centre is tourists peering at maps trying to match the random alpha character strings on the page with those of the street name.  Curiously the name is repeated on many direction signs; so similar are the names that this can only be a political imperative, one version being almost identical to the other.  Perhaps it is the alpha and beta versions of the encryption algorithm.  Like Oslo, like Copenhagen, unlike St Petersburg, this is a neat and tidy city. It floats amongst a land of islands and water; the land of Ari Vatanen  and the 1000 Lakes Rally. Everything is on the human scale even the industrial, the only objects that are out of the proportion are the ice breakers, laid up for the summer, they sit line astern, super Tonka toys.

All colours are muted, all lines are clean, there is no neon, nothing is brash.  Almost everything exudes good taste. 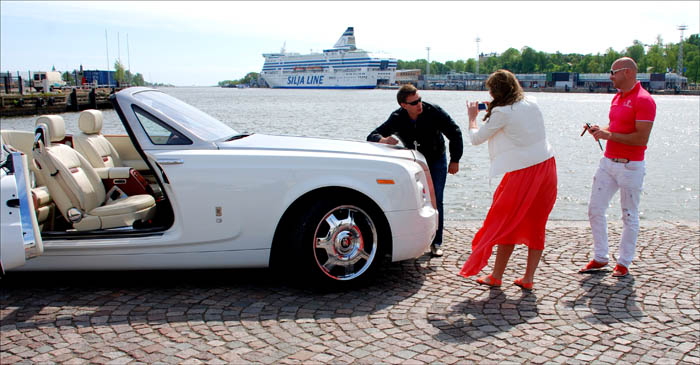